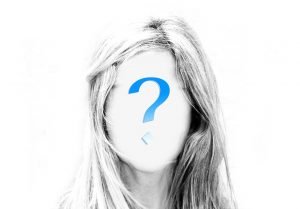 It comes as no surprise that Adenan Satem’s widow, the 62-year-old Jamilah Anu, is BN’s candidate in the Tanjong Datu by-election. The analysts claim that such a move will ensure a landslide victory for BN. The end justifies the means, or does it?

Malaysia aspires to be a developed nation, but we do things based on emotion rather than logic. We are ruled by the heart, rather than by the head. Political dynasties are the preserve of North Korea, India and Pakistan.

This dangerous trend of selecting the widows of dead MPs, to inherit the roles of their husbands, would not be tolerated in first world countries. Imagine having Melania Trump being nominated as the new POTUS (President of the United States) should anything happen to husband Donald. Or Jackie Kennedy to replace her hasband.

If an ordinary MP, were to die in England, or Western Europe, there would be a public outcry if the widow were to ease herself into the dead spouse’s shoes, at a by-election.

Some of our leaders claim that we cannot handle debates, and must be told what to do. We cannot progress as a nation if the people, principally the young, are stopped from thinking critically about issues and problem solving.

Happy to be led by their noses

Does the lack of a public backlash against the move, mean that the Sarawakians are immature. Or just content? Perhaps, they are happy to be led by their noses.

The Sarawak Chief Minister, Abang Johari Openg, confirmed Jamilah’s candidacy because she was very active in Tanjung Datu. He said, “She has gone down to the ground to help Tok Nan and I can tell you, she is a grassroot leader”.

In 2010, BN used the sympathy vote in Sabah,when  Linda Tsen, the widow of the Batu Sapi MP stood in the by-election, following the death of her husband. Similar reasons to support the candidacy of this piano teacher, were given at the time.

Last June, Mastura Yazid, contested the Kuala Kangsar by-election, after her husband died in a helicopter crash. The deputy PM, Zahid Hamidi, said that Mastura is “very experienced” and is suitable to become a politician, because she accompanied her husband on several visits to meet the people.

Accompanying one’s spouse to meet the electorate should not qualify one as a prospective candidate. If that were the case, the late MPs political secretary, chauffeur or bodyguard would be equally qualified.

In all these cases, there was no mention of what the widow could do for the community and the new, restless, emerging younger generation.

This unhealthy precedent denies more deserving, perhaps younger and more capable candidates the chance to show what they can do for their community and the state.

It takes away a chance for that person to grow into the role, and help shape policies which may be different, and more beneficial than the previous MP’s.

Muslim widows conveniently hiding behind the cloak of Iddah

Mastura, the Kuala Kangsar MP, used the excuse of “Iddah”, to shield herself from the mainstream public and media, for 130 days. Will Jamilah do the same?

If Iddah were invoked, what chance have we to question Jamilah, as she quietly sits at home, during the campaign period? This is very convenient for a party or a candidate, which has no coherent manifesto.

Before voting, we want to know Jamilah’s vision for Tanjung Datu. We want her opinions on the amendment to Act 355, the Allah controversy which divides Peninsular and East Malaysia, and her views on Sarawak and Kelantan, which are demanding a greater share of the oil royalties from Putrajaya?

“Widow by-election” candidacy is just lazy and unimaginative politics, especially as there is no real opposition to speak of, in these constituencies.