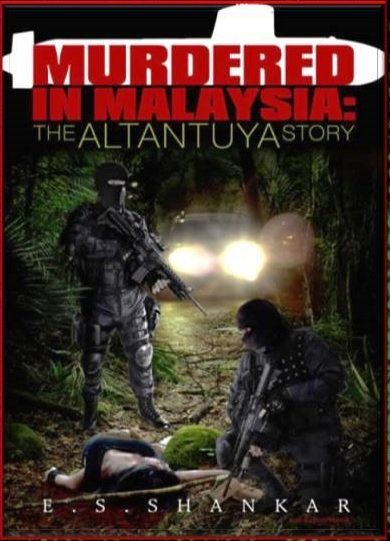 ES Shankar: This eBook, ‘Murdered In Malaysia: The Altantuya Story’ must be read by all Malaysians, not least because the central question of who gave the orders to murder Mongolian model Altantuya Shaariibuu in 2006, has, as at 18 December 2017, yet to be answered. The entire machinery of the Malaysian government, from Prime Minister Najib who is himself somehow implicated in this murder together with his wife Rosmah Mansor, Abdul Razak Baginda, the IGP, AG, police and judiciary have covered it all up by blocking investigations to discover the motive angle.

As has so often been said, two rogue UTK policemen (Unit Tindakhas: Special Action Forces), Azilah and Sirul who were convicted of the murder, could not have woken up one dark day and said “Let’s go off that bitch Altantuya whom we have never met or know anything about!” So, who had the motive to desperately want Altantuya terminated with extreme prejudice of the permanent kind with C4 explosives? How did these cops come to possess C4 explosives? Whose child was Altantuya pregnant with, as stated in Sirul’s confession?

More than all that, here is a case and lesson for all young people to study and learn from. Why did our Government and then Defence Minister Najib sign Scorpene Submarine contracts in 2002 with DCNS of France which already had a history of bribery and corruption in its dealings with Taiwan and Pakistan? Why, when those shady dealings in Taiwan and Pakistan resulted in multiple assassinations and killings? Those aspiring to work in government, serve the nation and be good, respectable leaders must NEVER compromise on matters of honesty, integrity, honour and justice.

If you think you know what the Altantuya murder was all about, think again. Nowhere else will you find ALL the threads connecting Altantuya with international espionage and spies, Najib and his brothers, Rosmah, Abdul Razak Baginds, PI Bala, Deepak, Raja Petra Kamarudin and a host of others. Nowhere else will you discover details of how our entire judiciary system was compromised to free one man and convict two patsies!

This cover up has continued with the IGP refusing to look for new evidence despite Sirul, who has absconded to Australia, claiming that it was Abdul Razak Baginda who pulled the trigger!!!

In the end, no one must be allowed to get away with murder, least of all the State which we elected into power to rule by OUR consent.

Now you know the burning reasons that compelled me to write about the true story of this sordid blot in Malaysia’s history. 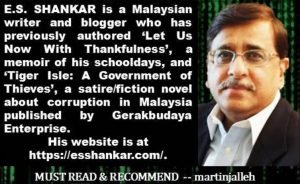