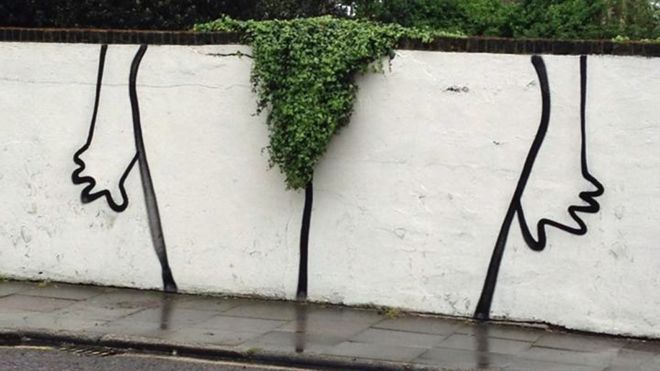 Before you get too sexcited, I am not talking about “that” Brazilian”; as in waxing your private bits.

Terengganu going “Brazilian” is all about trees.

The Bernama report says it all.

According to the news report, three Ceiba Chodatii trees had been imported from Brazil and planted in Bandar Baharu Kuala Nerus, as a landmark for this town.

That means around a eye-watering RM600,000 had been spent…on trees…well, three trees to be exact.

That is more than a lifetime of an ordinary person’s wages.

The director of the Terengganu PWD, Hamid Md Daud claimed that the contractor of the project had paid for the trees and that their cost, had not been included in the project.

Does he expect us to believe that?

So, who is telling the truth? The contractor, PWD, or was the Bernama report “misqouted”?

Who knows? In Malaysia, truth is very hard to find.

Why is the contractor and the state so wasteful?

Terengganu may be an oil producing state, but it does NOT mean the state authorities can be so mind numbingly daft.

RM600,000 could have paid for a handful of flood relief centres and bought equipment like small inflatable boats for the rescue effort, bottled water for the victims, tents, temporary shelter, flood maintenance measures, anti-silting of the rivers. Perhaps, the money could have been used to repair roads and bridges destroyed by the flood waters. 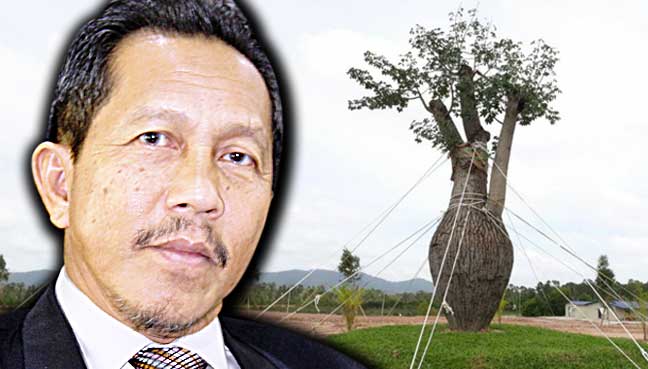 What happened to “Buy Malaysia” first?

Are we ashamed of our own tropical home-grown trees?

Where is our sense of national pride? Poor Malaysian trees. Even they do not get a look-in….sad.

Let’s hope the trees are tended by a super diligent gardener who knows his stuff and does not allow rot or fungus or some tree disease to invade and kill these precious Brazilian trees.

Let us hope he does not over water the trees, or put weed-killer instead of fertiliser near the base of the trees.

Let us pray that the trees are not at risk of being washed away by the flood waters.

Last week, the state was ridiculed for  ordering state sanctioned voyeurs, aka the moral police, to catch unmarried couples riding their kapcais.

Be careful. Unmarried couples could be romancing whilst hidden away in the canopy of these trees.

On a more serious note, did any civil servant or politician go on a study trip, to Brazil, prior to buying these trees?

Is the company which provided these exotic and eye-wateringly expensive trees, a crony company?