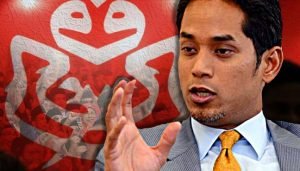 Polo, some say, is the sport of kings. Certainly, in Malaysia and South-East Asia, it is associated with royalty, the nouveau riche and their many hangers-on.

A high-goal polo player, would need around seven ponies. Think of the upkeep and the vet’s fees. Polo equipment for both pony and rider, is not cheap. Depending on the material, each polo mallet can cost a few hundred ringgits.

When there is a polo tournament, in Malaysia, there are as many fast cars and imported luxury vehicles parked near the stables, as there are spectators.

Polo is seen as a glamorous and exclusive sport, although many of the spectators are hoi-polloi, who are breathless with excitement at watching highly skilled players, on horseback, chasing a ball.

What you see on the polo ground, the chase, the competition, the rivalry and gamesmanship, can be just as exciting behind the scenes. Think Jilly Cooper novels!

This week, it emerged that the Youth and Sports Minister, Khairy Jamaluddin, has been shortlisted, together with six other polo players, for the SEA Games.

As one of the Jogo polo team, which scored an 8-4 win against Amax Polo, he said, â€œAfter the 2016 Malaysian Open Polo Championship, there are three or four tournaments before the 2017 SEA Games and seven of the 12 players who played in the championship have been shortlisted for the SEA Games.â€

The 2016 Malaysian Open Polo Championship, in which Khairy was competing, has added to his allure. His performance in polo, and his shortlisting for the SEA Games is a hot topic of conversation in equestrian circles in Putrajaya.

He is seen as a towering figure amongst the Malaysian community; his Oxford credentials, his bespoke suits, and according to one Malay from Bagan Serai, “dia spekking Ingris”.

His family background, which enabled him to live in many countries, has given him an air of confidence. Unlike many of the Umno-Baru politicians, he is not as portly, saggy, wrinkly, bald or weary looking, yet.

A long list of Malay middle class, middle-aged housewives revere him for his tall, dark looks. His physique (he is a paratrooper amongst other things) and his English speaking skills, mean that he is not short of admirers.

It is not all good, for his detractors wonder why he has been unable to reign in his boss, the PM, and allowed scandals to undermine Malaysia.

Khairy’s facebook was inundated with comments from angry run participants, who criticised him for the postponement, and for using the marathon for political gain. He seemed desperate to chase his ministry’s target for participants in the ‘Fit Malaysia’ campaign.

In the end, the marathon was cancelled because of the haze.

Another black mark for the Sports Ministry and the country.

To compete, or not to compete?

Sports like golf, polo, yachting and Formula 1 are supported by famous brands, eager to share the limelight and at the same time, make money from commercial interests.

Will Khairy be part of this high end publicity circus?

Or will he graciously make way for another polo player, so that he, as a minister, can concentrate on popularising the less glamorous sports?

Budding athletes and undiscovered sportsmen, including disadvantaged and disabled children, need to be discovered in schools or youth clubs, so that they can be sponsored, nurtured and reach their maximum potential, under the auspices of the Youth and Sports Ministry.

They do not want to see their Sports Minister taking part in an elite sport.

He should focus on his day job and clean up his Ministry.

Was the money recovered in the recent RM107 million corruption scandal?

He should not take part in the SEA Games but concentrate on the work the rakyat paid him to do.