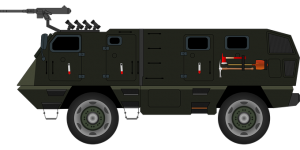 How did we get from a carefree, rich, diverse, multicultural and secular nation, to one that is fraught with tension, profligate, increasingly polarised and extremist?

Najib Abdul Razak rolled out the National Security Council (NSC) Bill, at a time when we were distracted by Hadi Awang’s Hudud Bill. Was Hadi’s role to distract us from the NSC Bill? Najib claimed that the NSC bill was to fight terrorism but we have our doubts. We have laws, to fight any potential terrorist threat.

Ambiga Sreenevasan did not mince her words when she said that the NSC Bill was a grab for absolute power, when it was rushed through parliament.

We falsely believed we had one last line of defence, when the Bill was presented to The Agong and the Conference of Rulers (CoR), on 17 February, for their approval.

In early June 2016, our fears were realised when the national gazette showed that the NSC Bill had been automatically passed on 18 February, the day after the CoR sent it back for amendment.

The Agong’s wishes were dismissed. This does not bode well for Malaysia.

The severity of the matter became more appearent, when the Attorney-General, Apandi Ali, said that there were no amendments to the Bill. Last February, he promised scrutiny of some provisions, after meeting the CoR. Why did he fail to keep his promise?

Malaysians normally skim through the the news. The sensational news receives a lot of attention?  Who would want to digest the possible ramifications of the NSC Bill? It is too tedious and boring,  but it affects our lives, more seriously than anyone would have thought possible.

Najib’s father took charge of the NOC in 1969

Cast your mind back to the racial clashes of 13 May, 1969, when the then Agong, declared a state of Emergency and Razak Hussein, Najib’s father, who was the Deputy PM at the time, headed the National Operations Council (NOC).

Like his dad in 1969, Najib will be in charge of the small team in the NSC and he will have absolute power over our lives.

We should be worried by this because with GE-14 approaching, and aware that his popularity is waning, Najib may exercise his powers in the Opposition held states of Penang and Selangor. He may also use force in Orang Asli blockades in the interior of Malaya, the Bersih protest and against the restless Indigenous people of Sarawak.

Wong argues that our Cabinet has consistently neglected the rakyat’s needs and is therefore, no different from the members of the NSC.

Najib’s team includes three unelected  leaders, these being the Chief of Defence, the IGP, and the Chief of the Civil Service. These three are in charge of 1.4 million civil servants, 120,000 soldiers and 110,000 policemen. They control the state machinery. Najib’s team spells the end of civilian rule, as we know it.

Under Section 18, the NSC Bill, Wong said that  a security area could range from a village to a cluster of states. Local and state government rule could be usurped, and taken over by a designated  director of operations, possibly from the military or police.

Worse still, members of the NSC and whomsoever they designate to carry out their orders, are protected from any civil or criminal lawsuits.

Wong warned that market analysts should not wait to see soldiers taking over our streets, before they register alarm. We ignore the NSC Bill at our peril. It is an insidious attack on democracy and our basic freedoms. Don’t be fooled into thinking this Bill is required to protect us from terrorists.