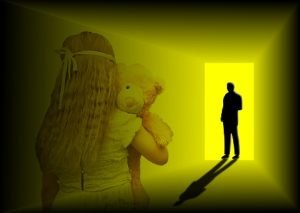 We heard about a third rape, a few days ago, when it was reported that a man had raped his 9-year-old grandniece.

The second, which resulted in the baby’s death, caused the usual flurry of excitement on social media, the odd statement from a lawyer demanding stiffer laws, and the usual retort from the government that parents need to be more vigilant, and that work was in progress to formlate a “working with children” check. Incredibly, a BN MP demanded that the parents of the latest rape-cum-death, be charged with negligence. 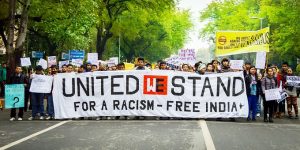 Where were the howls of outrage from civil society groups?

All well and good, but where were the howls of outrage from civil society groups, from mothers’ groups, women’s groups, parents’ associations, activists, and representatives of child rights organisations? Where was their demand for stiffer penalties for errant childminders and the regulation of  childminders?

Are Malaysians becoming more depraved? There is almost an epidemic of sexual crimes against babies?

Perhaps, attitudes have changed and people are more inclined to report these incidents and won’t keep quiet because of shame or social stigma, moreover, they want the perpetrator to face justice. Hospitals too are required by law to contact the police, when they suspect a baby has been abused.

The rapists were not strangers

The scary thing is that we normally hear about the severity of sexual crimes against children, only because the violence used, has resulted in severe injury or death. What about the ones that go unreported or do not involve serious injury such as tears to the baby’s labia and perineum?

Barely one and a half months ago, on 4 September, FMT reported that a senior citizen, 68-year-old lorry driver, Hashim Karim, had been sentenced to 12 years jail and two strokes of the rotan, having pleaded guilty to sexually abusing an 11-month-old baby. The child’s name is protected by a court order.

The incident happened at a house in Section 24, Shah Alam on, 20 August. Hashim’s daughter-in-law had been asked by a couple to take care of their 11-month-old baby. The babysitter, who had to renew her road tax and car insurance, asked her father-in-law to keep an eye on the baby. While she was away, the pervert sexually abused the baby.

On her return, the babysitter noted the baby’s bloody diapers; Upon seeing bloody stools, the baby’s parents rushed the baby to the Shah Alam hospital.

A specialist from the Obstetrics and Gynaecology Department confirmed that the baby girl’s genitalia had shown traces of abrasion and redness, and that her hymen had a tear. He also found a two-centimetre long wound near her anus. He added that the wounds were consistent with a blunt object being inserted, such as a penis or finger.

Hashim had confessed to his son, the baby’s sitter’s husband, that he had inserted his finger in the baby’a vagina. He did not say what had been inserted into the girl’s anus.

Last week, we read about another baby-sitter, whose husband had sodomized, raped and sexually abused another 11-month old baby, in Bandar Baru Bangi.

The baby had been cared by this babysitter since September, and was healthy when she arrived at the baby-sitter’s house, on the morning of 9 November. By the afternoon, the baby was severely short of breath and was rushed  to the Bandar Baru Bangi Clinic, before being referred to the Serdang Hospital, when she died two days after admission.

On her admittance, it was found that she had a torn hymen and torn anus. A post-mortem revealed that death had been due to a “blunt impact to the head” and a fractured skull. Bruises were also found on the top left and right sides of the baby’s head.

In this tragedy, the babysitter had assigned the care of the baby to her husband. He subsequently abused the baby. He also tested positive for drugs. 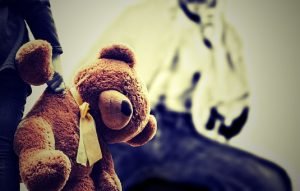 How easy is it to set up a childminding service? With the increasing number of sexual abuses of children, perhaps the government should consider regulating childminders. Those who look after children under eight-years-old should be registered and inspected by a relevant government ministry. Regular checks need to be made of the home and the childminder, to ensure that the care provided is good, that the childminder’s home or premises are safe, child-friendly and welcoming.

In some countries, like Britain, any adult living in the same house as the childminder must have his background checked by the police.

Regulation must be followed by strict enforcement. If the rules are broken, the full force of the law should await errant childminders. Only by conducting the most stringent regulation, can we ensure the safety of our children.