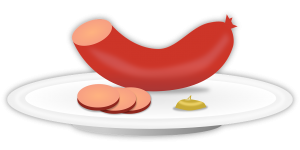 The Brits have James Bond, “The man with the golden gun”. Alas, Malaysians have to make do with Tajuddin Abdul Rahman, “The Man with the Missing Balls”.

A few days ago, in parliament, Tajuddin, the MP for Pasir Salak, who also holds the post of Deputy Agriculture and Agro-based Industries Minister, insulted the DAP MP for Seputeh, Teresa Kok.

He pointed to Kok and said that she was the only woman with a â€ Kokâ€.

Wonder how he would feel, if we were to point to him and say, “There goes another Umno-Baru man, with no balls.”

Earlier this year, Tajuddin agreed that the PM’s spouse should be entitled to a few handbags, if her husband can afford to buy these luxury items for her. He said,  â€œOne or two bags, why not? Sheâ€™s a lady. I know women like handbags. In fact, I was told that one of the ways to tackle a girl is by buying her a handbag.â€

Has Tajuddin no idea how the rakyat despise both Najib and his spouse? Does Tajuddin know how much a Hermes Birkin bag costs? Can a man with a salary of RM25,000 afford several of these? Has he not heard of 1MDB? Which planet is Tajuddin living? Ploddo?

Anyway, back in 2014, Teresa had been threatened by a group of men, who claimed to represent the Council of Islamic NGOs. They slaughtered four chickens and then daubed blood on the faces of opposition representatives, portrayed on a banner. They were upset by Teresaâ€™s satirical video, called “Onederful Malaysia”.

The attack on the Chinese community by members of the Cabinet, is most unbecoming. In 2015, following a tense stand-off between the Red Shirts and Chinese traders, the People’s Republic of China (PRC) ambassador, Huang Huikang, visited Petaling Street, to see, for himself, if the situation in Malaysia was sufficiently bad to warrant the issue of an advisory notice, from the PRC embassy, for visitors from China.

Tajuddin saw this as an opportunity to warn the Chinese community that they should be “slapped” for complaining about Malaysia.

He said, “I want to warn the Chinese Malaysians, don’t think when you have a problem, you want to complain – just a little bit also complain – that there will be people to protect them. (sic)

“Nak kena lempang macam itu (Get a slap, if like that).”

With Najib making inroads into the PRC and accepting a trade deal worth around RM144 billion, Tajuddin might soon be eating his words.