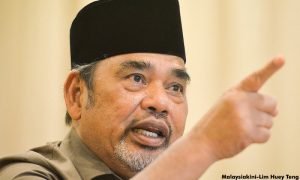 Tajuddin’s crass outburst against the Deputy Speaker, Nga Kor Ming, during question time in parliament, was a timely reminder of why Malaysians rejected Umno-Baru, at GE-14. Tajuddin gave a wonderful performance of the ignorance of the rule of law. At the same time, he proved to everyone, that he is a perfect example of Ketuanan Melayu.

For some time now, many Malaysians have been disappointed with Pakatan’s performance, but seeing Tajuddin in action, and watching his peers condone his behaviour, has strengthened our resolve, never to vote Umno-Baru into power again.

(check out the video below…and how he tried to delay parliamentary proceedings….At 12 minutes into the video, who was he calling a communist? He should apologise for such insulting comments.)

The Speaker and his Deputy have absolute control of the proceedings in parliament, but three questions spring to mind, whilst watching the video clip on Tajuddin, recorded on 3 July:-

It was probably one of Tajuddin’s tricks to test Nga’s limits and patience, but unfortunately for him, Nga did not react, and simply maintained his cool. Most other people, would have lacked the patience to deal with people like Tajuddin.

Calling others “communist” is a common derogatory term amongst Umno-Baru politicians, who have little intellect, limited vocabulary and cannot form cogent arguments. 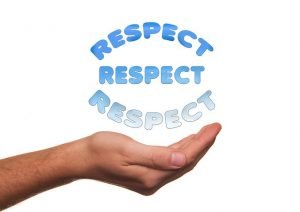 Tajuddin is everything that one does not wish for in an MP. He is racist. He is crude. He is a bully and he is a time waster. He did not just bring shame to himself, his party, his family and his race, but most of all, he showed utter contempt for parliament. He seeks attention, but for all the wrong reasons.

If there were people in the viewing chamber, they would have been appalled by his antics. He sends the out wrong message to children, or young adults, who may have seen him on television.

On 3 July, he embarked on a prolonged slanging match against Nga, after he had repeatedly interrupted “Question time”. His obstinacy and prolonged altercation, is symptomatic of Umno-Baru’s intransigence and arrogance.  What must he be like at home, one wonders?

It is most odd that Tajuddin’s peers, were amused by his behaviour and did not try to persuade him to leave the chamber, to prevent further embarrassment to himself, or more importantly, to their party. Did none of them think that Tajuddin behaved disgracefully? Moreover, the leader of the Opposition made no attempt to censure him. 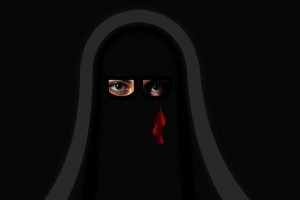 People like Tajuddin give Muslims a bad name. Last September, on the eve of the Sungei Kandis by-election, he told an Malay crowd of around 100 people, in Kampung Jawa, not to support a “Christian-led” Pakatan government. He had lied about a video which featured Christian pastors celebrating Harapan’s victory at GE-14. The video does not exist and he lied, to influence the vote.

In February 2017, Tajuddin had referred to Teresa Kok, the MP for Siputeh, as “the only woman with a kok”. The weak willed former Deputy Speaker refused to censure him and when the MP, Khalid Samad, called him “sial”, Tajuddin’s son caused a riot in parliament, while trying to defend his father’s name.

The punishment for causing mayhem in parliament, was a paltry RM100 fine. This was under the administration of disgraced, Najib Abdul Razak.

Malaysians should not tolerate this type of behaviour. People like Tajuddin, will not be missed in parliament.