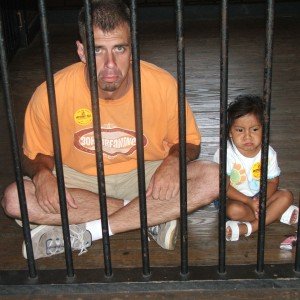 If more Malaysians were prepared to tell the truth and support others who told the truth, our country would not be in the mess it is today.

If more people were prepared to step forward, instead of covering up for those who commit serious crimes, the deaths of A Kugan, Aminulrasyid Amzah, Ahmad Sarbini and Teoh Beng Hock could have been avoided. Silence is akin to complicity in these crimes.

The guilty people roam freely among us, safe in the knowledge that their secrets will be protected. Someone must have seen something, heard something or known something, but preferred to keep their suspicions to themselves. You may think these people lack a conscience, but what about the ones who receive money and position in exchange for their silence?

Death may have been a release for some who were tortured or betrayed, but hundreds if not thousands of Malaysians and foreigners face an insufferable future, being beaten or deprived of medicine. They languish in prisons throughout the nation, and we, on the outside, must continue to speak for them.

The people who feel it is their public and moral duty do so with considerable risk. Members of the armed forces, or the police may face disciplinary action, be suspended from duty, be consigned to desk duties or be transferred with immediate effect. There is the possibility that after internal investigations, they may lose their pension. That is the penalty for telling the truth, in Malaysia.

There is a reason for punishing civil servants who tell the truth. They are portrayed as the villain, to act as a deterrent to other civil servants and members of the armed forces. It is a calculated political gambit.

Other civil servants who have allegedly been manipulated and intimidated by their superiors are teachers and council workers. Some allege that their voting papers are marked and that they cannot vote freely.

Men and women who are prepared to lodge a police report, when they discover a system which has been abused are exceptionally brave. Many risk their careers, their future prospects and financial stability.

These brave people have weighed carefully their decision to tackle head-on the abuses of the system. Many of them face the prospect of being shunned and humiliated, and possibly, a character assassination.

The people who dare tell the truth are prosecuted so that their spirit is broken. Those with a weak resolution would probably become depressed or fall ill.

That is the reason we must extend these brave people our support. Upright, principled citizens are prepared to uphold the truth, whereas most other people would have taken the easy way out.

They and their families have sacrificed a lot, so that we and our children may lead better lives.

We must ask ourselves: is the current Malaysia, which is divided along racial and religious lines, the sort of nation we want to leave our children and grandchildren?

Future generations cannot be led astray by leaders who are fraudsters, who claim to represent the electorate, but in truth, cheat and together with their cronies, waste taxpayersâ€™ money and rob us, so that they may continue their stranglehold on us and enrich themselves.

We want Malaysia to be led by representatives who are men and women who are highly principled, who have integrity and who value democracy.