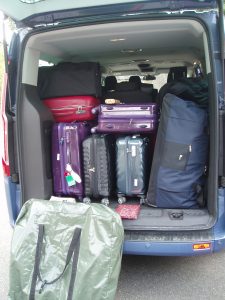 Change will only come when Malays embrace a mental revolution. When they view religion as a personal matter, have no issues about a woman MB or PM, see beyond race, are willing to accept a capable non-Malay bumi, or non-bumi, as PM, and see themselves as Malaysians first and Malays second. Until then, we will just play a game of political musical chairs.

If some Malaysians are willing to sacrifice Malaysiaâ€™s future by working hand-in-glove with former PM Dr Mahathir Mohamad to change the political landscape, then perhaps Malaysia is not yet ready for reform.

When someone does not have a bath for several days and starts to smell, the lazy personâ€™s solution is to change clothes or spray perfume on himself, to mask the odour. For him, changing his attitude towards personal hygiene and cleanliness is bothersome and hard work. Sloppy practices, disinterest, poor parenting and a â€˜tidak-apaâ€™ attitude have contributed towards his mental degradation.

If we need Mahathir to rid us of Malaysiaâ€™s many evils, then we are either still politically immature, or completely helpless. Mahathirâ€™s idea of righting the wrongs in Malaysia is to form another race-based, bumi-only party.

When Mahathir had problems with the original Umno party in 1987, he was forced to form Umno Baru. Why should we make another clone of Umno when we canâ€™t even get rid of Umno Baru? How many Umno Baru rebranding exercises must we undergo?

Being force-fed Umno Baru policies has dulled our brains. We cannot think of new ideas, and find it easier to swap leaders or form new parties. Returning to the analogy of the smelly person, it is easier to change clothes or spray perfume than to take a bath.

Indoctrination has reinforced our serf mentality. We merely obey, and have no respect for our leaders. We accept our place in society, and many of us fail to question our leaders. Do we fear the consequences, or did it never cross our minds to quiz those with whom we entrust our future?

The Malaysians who align themselves with Mahathir have short memories. Who hijacked Islam to further his own aims? Are we unable to see the irony of Mahathir using â€˜raceâ€™ to bait the Malays, and endear him to them? Who micro-managed the nation and used laws to curb dissent? Why do we have to keep reminding Malaysians that our once-independent institutions were corrupted during Mahathirâ€™s era?

The fight for democratic reform and clean governance cannot be considered a weekend activity. If Bersih and pro-change Malaysians really want to make an impact, then two things are crucial.

First. A one-day march is like going on an outing, with a possibility of heightened activity when the police hound protesters. Are Malaysians prepared to take turns to hold long-term protests, to keep alive the march for democratic reform? The answer is â€œNo.â€ We have too many interests to protect.

Second. The Bersih march should not be held in Kuala Lumpur, but should concentrate on Malay-dominated areas. This is unlikely to happen, because few people desire physical confrontation. We have been conditioned by Umno Baruâ€™s policies, which rejected debate and met opposition with violent retribution.

Mahathir spurred development in some fields, but he cannot be forgiven for the damage inflicted on race relations. Todayâ€™s divided Malaysia is like a runaway train, with the Ketuanan Melayu people in the driving seat. Money politics should have been curbed decades ago, and that is why Mahathirâ€™s interest is suspicious.

We condemned former deputy PM Muhyiddin Yassin for leading a defunct Education Ministry. There was racial taunting in schools, not just among the pupils, but from the headmasters and teachers. Rural and East Malaysian schools were in disrepair, with schools being forced to function in unsafe buildings. Today, we hail Muhyiddin as the leader of Mahathirâ€™s newly-formed race-based political party.

Malaysiaâ€™s dawn will come when a Malaysian can offer himself (or herself) to be the nationâ€™s saviour, and propose radical ideas for reform which will be upheld by the rakyat.

We are afraid to leap into the future because we are mentally immature and totally dependent on past figures. Change will happen only when the Malays embrace reform and rid themselves of their religious and racial baggage.

Do not sit on your laurels and wait for the Malays to act, because you are Orang Asli, Chinese, Indian, Iban or Kadazan. You are as much to blame for the perilous state of Malaysia as the Malays.

Malaysia cannot advance into the 21st Century until all Malaysians strive for change.