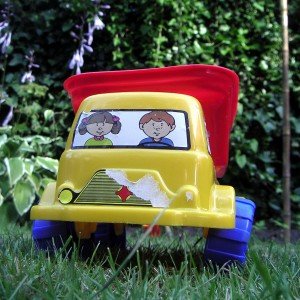 These are the facts, reported by a local Malaysian paper

Datin so-and-so was wearing only her undergarment and a sleeveless top, when she was caught by the khalwat squad yesterday.

Datinâ€™s loverâ€™s â€œprivate partsâ€ were exposed. Both were in a heavily-tinted car, which had been parked by the roadside in Bandar Sri Damansara.

Datin attended classes last year and quickly made friends with the (also unnamed) married man. They continued their discussions, after classes were over.

Datinâ€™s â€œrelationship grew to a point where Datin often compared the man to her husband, saying that the boyfriend was a â€œpious manâ€.

The khalwat squad had apparently been tipped off by members of the public.

Datin-so-and-soâ€™s name was not supplied, presumably to spare her dear husband an embarrassing ordeal.

Datin must have a very spacious car interior. Usually, cars are so cramped and to remove oneâ€™s outergarments is an almost impossible task.

It would have been interesting to find out what sort of classes they attended. Philosophy? Gardening?Agama? Car mechanics? The subject must have been sufficiently stimulating that Datin and her paramour had to do continue with extra discussions afterwards.

Many teachers and university lecturers would like to learn from Datinâ€™s teacher. Todayâ€™s students are difficult to engage, but this teacher has managed to make his students more curious about whatever he taught.

Anyway, one thing led to another and before long, theory was followed by practical lessons. This must send shivers down the spines of many parents who are thrown into a state of anxiety, when their teenage children say they are going to a friendâ€™s house to revise.

Perhaps, we should not jump to conclusions. Maybe her lover was teaching Datin how to drive, and they had just completed the bit on how to park the car.

Maybe they had just had a big feast, and Datin felt so heaty after eating so much, she took off her outergarments…and he unbuckled his belt and loosened his trousers, to relieve the pressure of being bloated and being fully stuffed…

If the doors were locked, and the khalwat squad came knocking, wouldnâ€™t you, if you were the man, stuff your bits back into your Y-fronts and zip-up?

Were the lovers in a heightened state of excitement that they forgot to lock the car doors?

Why did Datin not check into a five-star hotel where khalwat squads hardly ever visit?

It is well known that many famous and important people (read politicians and VVIPs) have their fun in these 5 star hotels, so if khalwat squad officers want to get promoted, they will learn not to inspect high class establishments.

For Datin to stay in a budget hotel would be foolish because these get raided on a regular basis.

The economy is bad in Malaysia so are Datuks having to give away most of their money to prop up their political masters? (Conversation between political master and wannabe datuk. You want Datukship, you must give me a share of your business profits. Doesnâ€™t matter if you are not interested, there is a long queue of other keen businessmen. So how? Want â€œdatukâ€ or not?)

So, if Datuk is cash-strapped, does this mean Datin is not given sufficient housekeeping money from which she can spend on a hotel booking? Kesian. This is a sign of the hard times.

Who were the members of the public who tipped off the khalwat squad? Her hubby â€“ Datuk so-and-so? Her mother-in-law? Someone whom she slighted? Her paramourâ€™s wife? His children? The residents of Bandar Sri Damansara who were disgusted at the rocking car and the moans and groans they could hear coming from the car?

These days, it is increasing common for people who have been slighted or who want to take revenge on others, to make a report to the khalwat squad.

Datinâ€™s incident reminds us of the time when we were young children, and used to go to the local taman, at night, to observe the cars â€œrockingâ€ wildly in the car parks. We used to call them â€œkereta rosakâ€.

Some of the more naughty ones in our group, would creep up to the cars, knock loudly on the doors before shining a powerful torch into the windows…and then weâ€™d run off.

We were just mischievous. That is all. We wouldnâ€™t dare dream of being spoil-sports like the khalwat squad, who are nothing more than voyeurs. Remember the member of the khalwat squad who claimed that after 10 years work, he had to resign as it was stressful, creeping over rocks and logs, hearing sounds of heavy breathing and then waiting for the couples to finish their love-making so that the khalwat squad could collect enough evidence to prosecute? What a sad world we live in when some men become voyeurs for a living.