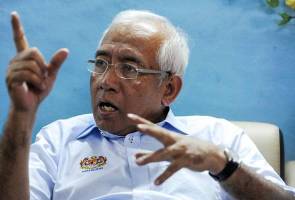 In August 2015, the Education Minister, Mahdzir Khalid, blamed Jews and Christians for splitting the Muslims.

What sort of minister is this? The people who are responsible for splitting up the Muslims, are Umno-Baru and PAS. No point blaming the Jew or the Christians.

Today, Mahdzir wants teachers who discredit the government and who support the Opposition to quit.

If anyone has to quit, it is Mahdzir.

Cast your mind back to October 2015, when the clueless Mahdzir did not seem to be aware of the state of some of the schools meant for the Orang Asli. Five very young Orang Asli children died. If anyone has to quit, it is the Minister. The children died under his watch.

In that tragic incident in Kelantan the Orang Asli children ran away from their boarding school. If they were afraid of being lost in the jungle, they were more petrified. of what lay within the four walls of the school hostel. Something had triggered their tragic decision to leave the school. Was it the teachers, the headmaster, fellow pupils, or the non-academic staff?

The stories of the ill treatment of the Orang Asli children, and the deplorable neglect of the various Orang Asli communities, have been documented, before.

In May, 2016, human rights lawyer, Siti Kassim,  saw photos of kindergarten boys in military fatigues with toy guns, taking part in a play about the Israeli-Palestinian conflict. Little girls were in full Islamic robes, and a teacher was in a black hijab toting a gun.

In this private kindergarten, in Bandar Sri Damansara, young minds were being corrupted by the teachers who taught them that Islam was a “way of life”. 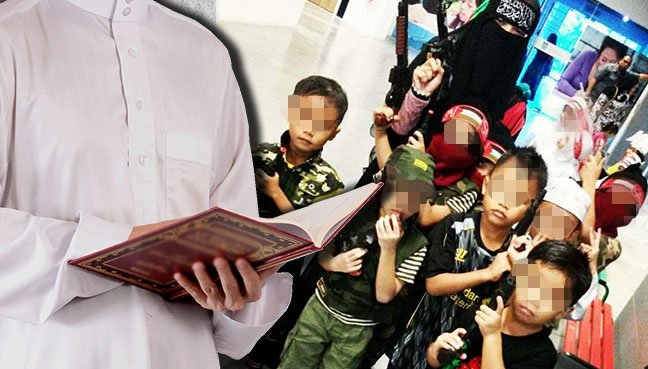 Is preaching hatred the new way of life for today’s Malays ?

The kindergarten headmistress defended her school and the play, which had caused public outrage.

She said that every year, they staged shows and plays depicting the Palestinian-Israeli conflict, for students and their parents to be exposed to the suffering of war victims. Funds were collected for war victims in Syria.

What did she tell children about Muslims killing Muslims in the middle-east, especially in Syria, Yemen, Libya, Afghanistan, Iraq and Iran?

Did she tell them about the intolerance of Saudi Arabian Wahhabism which is promulgated throughout Malaysia?

Kindergartens and schools preaching violence and hatred, should be closed.

I do not recall the reaction of the Education Minister, Mahdzir towards this kindergarten? If you know of his response, please share it with us.

If he did nothing then, it is right that he should be removed from his post. Yes. Sacked!

The cheek of him to say that teachers who actively promote the opposition or ‘discredit the government’ should resign. He has not heard of freedom of expression and democratic rights.

From his past failures, it is Mahdzir who is in an untenable position and should resign. Not the teachers!