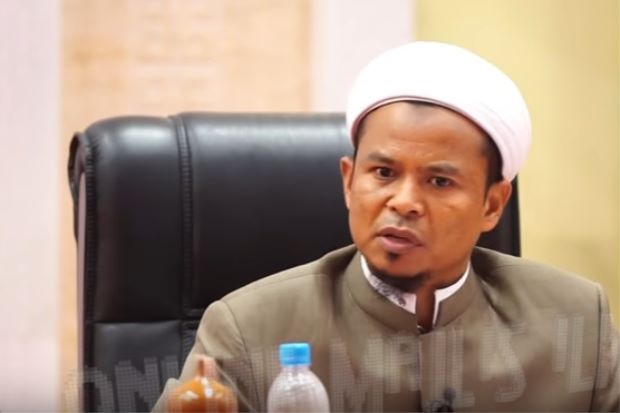 The new royals (nouveaux royale) are the clergymen. They are vying for pole position and trying to elbow the royals out of the top of the pecking chain.

Why did Najib Abdul Razak, the Malaysian prime minister, forget  that he is PM, for all of Malaysia? He ignored his important duty of stopping hate-speech from destroying the fragile co-existence of Malaysia.

Why did it take a sultan, the Sultan of Johore, Sultan Ibrahim Sultan Iskandar, to quell racist preachers in our midst?

The Sultan also used his convocation speech at the Tun Hussein Onn University to brand the controversial and racist preacher, Zamihan Mat Zin “an empty tin with no brains”.

His eyewatering remarks about Zamihan being “arrogant”, “haughty” were applauded by the audience, and he ridiculed Zamihan for thinking that clerics, had the right to scorn people of other races.

Has Najib unleashed a religious monster that he now cannot control?

Najib is playing with fire

The Malaysian clergy use their limited knowledge of religion, to manipulate the Malay masses who make up Najib’s powerbase.

Zamihan’s talks are littered with hate speech. He often targets non-Muslims and he initially denied that he was with the Malaysian Department of Islamic Development (JAKIM) but we have since found out that he is seconded to the Home Ministry as their Islamic Affairs official who oversees their Koranic text control and publications. Some people allege that preachers of his standing may earn around RM20,000 per month.

Zamihan is using divide and rule to provoke the Malays

The video clip above is a sample of Zamihan’s racist rhetoric. He criticised the Sultan of Johore, as well as other muftis, in particular the Perlis and Federal Territories muftis for their stance in being critical of the “Muslim-only” launderettes in both Johore and Perlis.

Zamiihan said that Malaysia is an “Islamic state”. He is wrong!

He also said that the launderette had been exaggerated. Again he is wrong.

He regularly insults other races and people of other faiths. He said Chinese were dirty.

The brand of Islam which he preaches, is not the Islam I grew up with. His intolerant Islam causes deep rifts in Malaysian society.

Why is Najib silent after the royal households issued a public warning about rising intolerance and extremism?

He is unable to exercise control over his religious  schemers. More importantly, why should it take the Sultan’s intervention to punish the extremist Zamihan. He should have been prosecuted for his inflammatory remarks. ages ago.