The good news is that we have seen waves of arrests, including Datuks, senior civil servants and corporate executives, for alleged corruption. The bad news is the claim that support for Pakatan Harapan is diminishing.

Even before Harapan has been in office for one year, the usual suspects are already moaning about the ruling coalition’s diminishing support, in scenes bordering on mass hysteria and sanctimonious piety.

Would we have seen the removal of allegedly corrupt people if the disgraceful Najib Abdul Razak and Umno-Baru were still in power? Or read about the millions of ringgits in his personal bank account paid out to various individuals, purportedly to pay for services ranging from intelligence gathering to house renovations?

The irony is that Najib and several of his peers, including his wife and lawyer, are now facing various charges ranging from corruption to money laundering, criminal breach of trust (CBT) and abuse of power.

Najib declared in Rantau, that “the youth regretted voting for Harapan” and that they were upset by broken promises, the poor economy and increased taxes. He joked about the Harapan ministers’ performance. 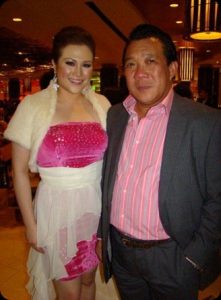 But who’s laughing now, with the arrest of the sexist Bung Moktar Radin for alleged corruption? It is a matter of time before the remaining Umno-Baru bigwigs hear a knock on their doors.

In battle, a retreating army will destroy their records to get rid of the evidence. This probably happened when Umno-Baru/BN lost. The Harapan administration must be mindful that civil servants, who are pro-Najib, could scupper their efforts. MACC staff and the judiciary are probably on overtime, collating evidence and coping with the backlog. 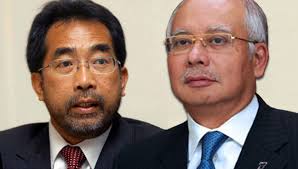 It is important that we encourage Malaysians to have inquiring minds. We must impress upon them that ordinary politicians, like Najib, the late Jamaluddin Jarjis, Ahmad Zahid Hamidi, Tengku Adnan Tengku Mansor (or Ku Nan as he is widely known) and a host of other cabinet ministers and their cronies, have amassed fortunes that would put to shame those on the Forbes Rich List.

Unlike the Forbes billionaires, our nouveaux riches (new rich people) stole the rakyat’s money. The mechanism to put them on trial has started. This would not have been possible during Najib’s tenure.

Need to do a clean-up operation first

Many Malaysians complain about the length of time taken to try Najib and initiate the reforms. A doctor cannot treat a wound from an accident, until all the broken glass, bone fragments, dirt and metal bits have been removed from the victim. Likewise, a leader, cannot fulfil his promises until he cleans up his house. And clearing up 61 years of filth is a daunting task. 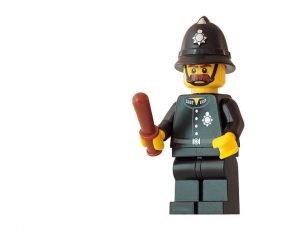 Arrests of RTD officers give us hope

Over the past two weeks, a series of arrests have netted 100 people for interrogation, including 75 of the 139 enforcement officers of the Penang Road Transport Department (RTD). They were part of a corruption syndicate in which RTD officers ignored the violations of lorry drivers of haulage companies, who had allegedly made “donations”.

The corrupt RTD staff allegedly received between RM10,000 and RM32,000 per month to close one eye to several traffic violations. The revenue netted could have been pumped back into the RTD to enhance services, improve work conditions, training and for purchasing better equipment. This is the true cost of corruption.

Extrapolate the number of people involved in the Penang RTD to the other RTD departments nationwide, as Penang may be just the tip of the iceberg.

Like me, you would have probably contacted the RTD in the past, to report an overloaded lorry, a speeding bus, a trailer with broken brake lights or tail lights rendered invisible by mud. After several abortive attempts, you probably gave up.

These recent arrests give us hope. Would we have seen this massive crackdown under an Umno-Baru led government?

A few weeks ago, we read about the cover-ups of human trafficking at the border with Thailand. Junior officers gave evidence against their superiors. The human traffickers seem to have been protected by a syndicate of corruption, similar to the one that allegedly operated in the RTD.

The syndicates are protected by powerful people, including politicians. We finally see some action. Even the Election Commission (EC) has undergone a revival. 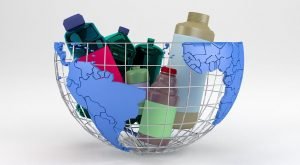 Malaysia is the dumping ground of the world

The environment has also come under the spotlight. It took several months to unearth the wrongdoing, but for years, unscrupulous traders have imported plastic waste to be dumped in Malaysia. How did they manage to mask these imports and evade checks by the Customs Department? Were the documents doctored?

Prime Minister Dr Mahathir Mohamad once expressed his contempt for the large numbers of Malay men who preferred to read religious studies at university. He was impressed by the fact that women relished more challenging university courses like engineering and the sciences. He probably has more faith in women and has elevated them to head Bank Negara, Mara, the Justice Department, Permodalan Nasional Bhd (PNB), Human Resource Development Fund (HRDF) and the Malaysia Airports Holdings Bhd (MAHB). 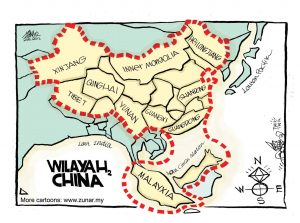 Reduced cost of PRC projects and saved us money

Najib courted the People’s Republic of China and to our horror, the final cost of construction projects were staggering. To renege on the deal would have cost the nation several hundreds of millions of ringgits in compensation.

Mahathir managed to renegotiate the contracts and saved the country several billions of ringgits, which would otherwise have ended up in the pockets of Najib and his cronies, or left us beholden to China because we would have been unable to pay them.

ICERD and the Rome Statute

Mahathir’s U-turns on the International Convention on the Elimination of All Forms of Racial Discrimination (Icerd) and the Rome Statute have inadvertently exposed the behind-the-scenes controversies, like the scaremongering role and bully tactics of the Ketuanan Melayu brigade. They threaten violence if their demands are not met. Their world view is all about the three Rs (race, religion, royalty), and chasing money and power.

Perlis Mufti and his insinuation

The Malays and Muslims are well taken care of, despite the insinuations of the Perlis mufti Mohd Asri Zainul Abidin. Sadly, many Malays easily succumb to emotion, readily respond to propaganda, fail to be critically analytical and refuse to stand up to bullies. As Syed Husin Ali correctly suggested at the forum on the Rome Statute, Malays make good serfs.

One would rather have Harapan ruling the country than Umno-Baru. But what can be done about Mahathir’s propensity to pander to the Malays? He realises their faults, but refuses to correct them. (Suggestions most welcome!)

Don’t bother to turn to the prime-minister-in-waiting, because he shares the same blind spot!