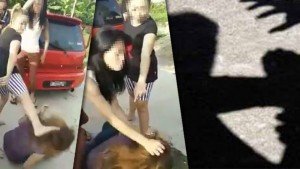 Are we witnessing the hidden face of Malaysia, behind the smiles and happy faces shown in the Tourism Malaysia advertisements? This video clipÂ was posted on YouTube, just over a week ago. When it went viral, the police sauntered into action.

In the clip, a young woman lay on the ground, begging for mercy, as two other women, rained punches on her, pulled her hair, screamed insults and kicked her in the face. The victim claimed to have lodged a report on the day she was assaulted, Oct 15, in Kelantan.

Several people were watching the fight, but they seemed more interested in taking a video of the assault. Other bystanders were looking away, as if they knew, deep in their hearts, that this was a despicable act.

Is this behaviour the new norm for Malaysia?

When did we alter our values system? Why did we do it? When will we recover some of our values?