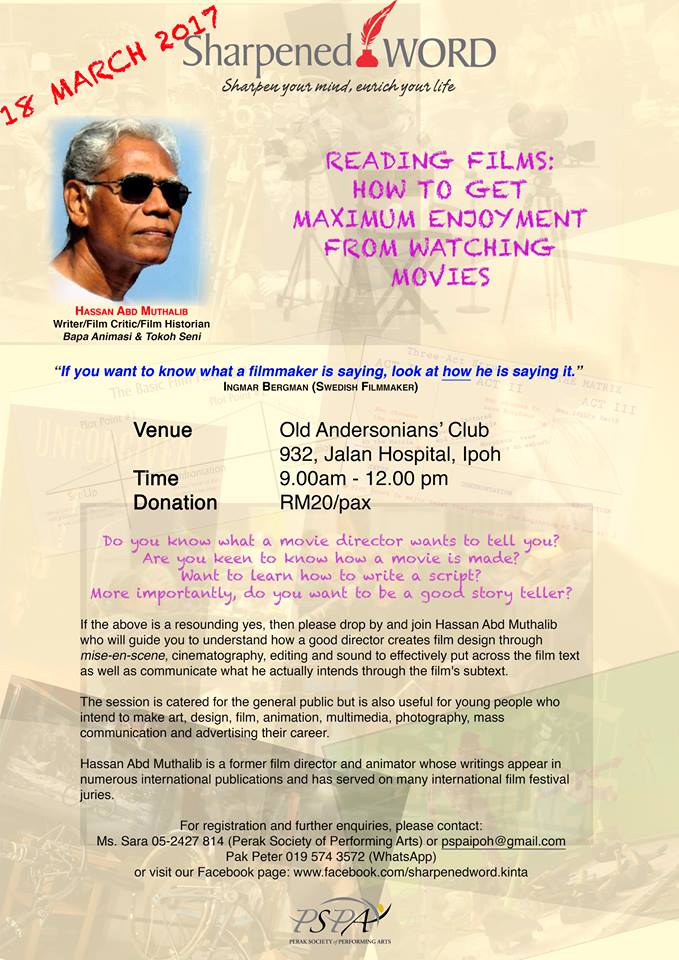 Poor Malaysians! They must now explore other ways of trying to watch the Disney film, Beauty and the Beast, starring Emma Watson as Belle and Dan Stevens as the beast.

A scene was edited out of the film, by Malaysia’s Film Censorship Board, because it portrayed a gay character. Scenes which promote homosexuality are not allowed in Malaysia.

In an Associated Press report, the Film Censorship Board chairman, Abdul Halim Abdul Hamid, said that the film had been approved by the board, after a minor gay scene had been removed. Therefore, he was not sure why the film had been postponed.

One must not ignore the overall message of trust, betrayal, responsibility, love and duty. Anyway, Disney’s Beauty and The Beast has been given a P13 rating which means that parental guidance for children under 13 years of age is needed.

All too often, when you ask someone, “Have you watched so-and-so film? What was it about?”, that person will probably say, “Yes. I watched it. It was good. Not enough special effects, though. Too much dialogue. Too many nude scenes. On the whole, a film worth watching.”

Or he could respond with, “Waste of time and money. No plot. I fell asleep. I could have done a better recording on my smartphone.”

Many times, people fail to see the bigger picture, and fail to read into the messages which the director wants to convey.

Do you have dreams of becoming a film maker, so that you can reach out to the public?

Do you know what goes on behind the scenes, in film making?

Perhaps you think you are a good story teller but have no idea how to put it all down, on paper, to be made into a film.

Are you bursting with ideas…and stories… and want to put your message in a film?

Malaysia is a story waiting to be put onto film

You need not look far for ideas. Just look around you. The things that go on in Malaysia, are waiting to be made into a film.

Find out how, with former film director, 76-year-old Pak Hassan, in Ipoh, this Saturday.

Hassan Abdul Muthalib, is a self-taught filmmaker, film critic, historian, artist and designer. He was the man who made the ‘Sang Kancil’ and ‘Silat Legenda’ animations. Remember them from your youth?

Come join him, where he will answer your questions, on what it takes to make a good film and an even better film director.

Details on the poster, or check out Sharpened Word on FaceBook.