Yin says that the DAP has gone from being the “darling” of the non-Malays to  a “devil”. Do you agree? 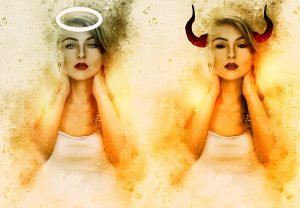 The kick in the balls for PH at Tanjong Piai has been well documented so I won’t go into the details but instead concentrate on  the main reason for its trouncing –  DAP.

DAP could not deliver the non-Malay votes. I wonder if they got even 10% of the Chinese and Indian votes.

How has DAP gone from “darling” of the non-Malays to “devil”? From dragon to running dog?

When you have been shouting “Malaysian Malaysia” for over thirty years; when you have been calling for prime minister, Dr Mahathir Mohamad’s scalp (that he will be investigated and punished if found guilty); calling for CAT (Competency Accountability and Transparency) etc when in opposition and now in power you go against all you preached . . . people are not just disapponted they feel betrayed.

Voters understood when you pleaded for their understanding and pragmatism when you decided to go to bed with Mahathir. Voters were so angry with Najib they overlooked this.

You said you could handle the ‘Old Man’ – after all at 94 he can’t do much and won’t stay long. Well Mahathir ran rings round you. He made Lim Guan Eng Minister of Finance but took away much of his powers for himself and to give to Azmin.

And what happened to your Malaysian Malaysia? We have gone backwards. The country is more racially polarised than even under Najib. And you did nothing.

Even if we cannot expect an overnight change in our racist policies we would expect some movements in the direction of a more tolerant and multiracial Malaysia. Instead we have Zakir Naik, we had Kongres Maruah Melayu which all your partners attended thus lending it respectability. Did you not have a word with them? We have muftis declaring that Malaysia is for Malays – not a word from DAP.

The list of your dereliction of duty is too long to go into.

The Star reported that hawkers/traders in Ipoh have decided to help out by donating some of their daily takings to  TAR.  From curry mee stall to fruit seller and egg vendor and others; these humble petty traders have decided to do their bit BECAUSE Guan Eng will not release the RM30 million annual grant TAR has been getting. It will take many bowls of curry mee to make up the RM30 million shortfall. But it’s the sentiments that count.

I can understand Guan Eng’s reasons – that MCA must relinquish control of TAR. But surely this could have been handled better. Why not invite the TAR Administration to a discussion on how to resolve the issue? If MCA does not meddle with the academic content and quality of education but leave it to the academics; is it so bad? Has DAP considered what happens when a vacuum is created (by MCA leaving); who will fill it? Might not the government because it is providing the funds then demand to be involved?  Will it fall into the hands of the Ministry of Education under Mazlee? Before too long they will be having a halal canteen and ‘doa’ will be said at the start of each class. A Malay Vice Chancellor will be appointed, doesn’t matter if he does not fit.

I can see TAR’s concern and that of the Chinese Community at large – hence even hawkers will do their bit.

But DAP is too proud to talk with their sworn enemy MCA. Guan Eng has let politics overcome common sense.

I am sure if there is dialogue a sensible solution can be found which will satisfy both parties and spare the students.

I can understand it if Guan Eng insists on someone from the government sitting on the board to monitor how the grant is spent.

Guan Eng should not be so arrogant just because he holds the purse strings.

DAP as the biggest party in PH in Perak must bear the biggest responsibility for what is happening in Perak.

Because they were so eager to take power they allow themselves to be blackmailed into accepting someone from the smallest party as Menteri Besar. Even when Ahmad Faizal Azumu is proved not to be the brightest penny in the lot; who is a little careless with the truth; a gaffe prone imbecile they still kept mum. Because otherwise Azumu might hop. But already the DAP aduns have got used to their brand new Camry and other perks and will not give them up easily.

But things can only go so far. Finally they lose their patience and  they quarrel  with him.

Ultimately it’s the people of Perak who suffers because nothing gets done.

If DAP had stuck to what is right and demand that the biggest party nominates the MB as is the convention; this would not have happened.  But they couldn’t wait to get on the gravy train – same as in the Federal Government.

Leaving aside convention; sometimes a minority party’s candidate can also be the leader. But when this happens it is usually because the person is outstanding.

Azumu fails on both counts – his party is the smallest and he is certainly no Einstein.

So you can attribute a major part of the whacking in Tanjong Piai to DAP.

The PH Government in Perak will not hold unless Azumu goes. But will he go quietly and not scuttle the ship triggering a state election?

How will DAP fare if one is called? I won’t bet a bowl of curry mee on them.