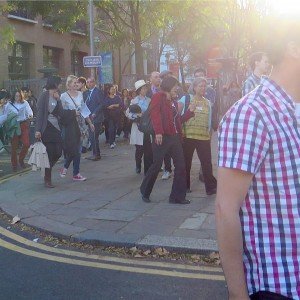 The film “To Singapore With Love” directed by Singaporean Tan Pin Pin has been banned in Singapore. TSWL was successfully shown in Johore Baru, but was banned in Kuantan, a few days later. Attempts had been made to halt the screening in Penang last weekend. London managed four screenings with Q&A sessions afterwards.

The article below is a write-up by Tan Wah Piow, one of the Singaporean exiles whose life is featured in the banned film, TSWL.

To Singapore With Love

THE MAKING OF A NEW POLITICAL FOLKLORE

Although there were two visiting Tans to London this October, it was not Tony the President, but Pin Pin the director of the banned film To Singapore With Love which caused all the excitement amongst Singaporeans.

The newly installed High Commissioner would have certainly loved to have had flag waving Singaporeans line the streets of Buckingham Palace to welcome the President, but that did not happen. Singaporeans, including some who attended the President’s State Banquet, were preoccupied with finding tickets for the oversubscribed must see film.

The photo accompanying this report depicts an exodus of over a hundred Singaporeans marching in good spirit from one campus of SOAS (The School of Oriental and African Studies) to another venue some twenty-five minutes walk away to catch To Singapore With Love. Despite the inconvenience caused, and delay of the screening by some fifty minutes, there was no complaint from the unusually patient and accommodating crowd determined to have their first taste of the forbidden fruit. 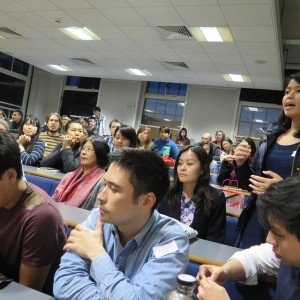 Reports elsewhere in TOC and even the Straits Times have given testimony of the sensational responses to the screening of the banned TSWL at other sites in London. The 27 and 28 October screening of a banned Singapore film is not just unprecedented in Singapore cinema history, it will also become a part of Singapore’s political folklore. The event was organised by the SEA Arts Festival.

Although the screenings could only accommodate up to 700 viewers, it is the reverberations before and after the event that matter most. Amongst the throng were residents and students from Singapore, as well as Singaporeans who travelled from Paris, Oslo, and other cities outside London, including Manchester, Sheffield, Liverpool, Cardiff, Reading, Oxford and Cambridge. Â Some even brought their visiting parents, siblings, relatives and friends to watch this un-missable production.

If the audience were there merely for the “forbidden fruit”, there would not be so many eager hands sprouting up the moment Q&A commenced after the filming. Dr Tan Peng Guan, the pillar of London’s NUS alumni who enjoyed the film fired the first salvo: “Why is the film banned?”. The audience at Soas burst out in laughter, another shouted â€œAsk your High Commissioner!â€.

At every screening, Pin Pin was congratulated for her powerful work of art, for her courage and for choosing a subject matter which would otherwise be obfuscated by officialdom. 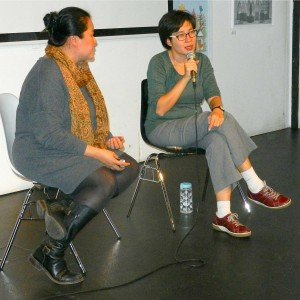 Before watching TSWL, almost all the students in the audience did not know what they did not know. After the screening, they wanted to know more. They wanted DVDs, they wanted the film to be on you-tube for others to watch. Pin Pin had to plea for patience as she is in the midst of the appeal process.

Three of the London based exiles featured in the film, Dr Ang Swee Chye, Ho Juan Thai and I were present at the screening and we answered some of the questions from the floor. We mingled with the crowd who were eager to know more.

Significantly not one member of the audience care for the official charge that the film posed a security threat to Singapore, not even those who appeared to be briefed to asked pre-rehearsed awkward questions

Rebecca, a seasoned Malaysian student activist from UCL remarked that the Kings College Premier on the night of 27th October was the largest manifestation of “civil disobedience” by Singapore students in London. That in my view is an overstatement, although it is true that there was a great deal of cyberspace chatter on the screening, and the degree of interests for an alternative view of history was unprecedented.

A young Singapore student told me that she was extremely grateful to Tan Pin Pin for making the film, without which, she emphasized, she would not have known about this aspect of history, nor of my existence. I told her I was equally indebted to Pin Pin.

The banning of TSWL has suddenly propelled this new urge to want to know the missing link in our political history. Now that the genie is out, this issue of the others who contributed to the political process but were repressed, can no longer be avoided as Singapore commemorates its 50 years of independence. Pin Pin has managed to weave the exile narrative back into the national fabric.

As I stood on the podium of the Safra Theatre at Kingâ€™s College to answer a question from the floor, those young faces in the audience were as fresh and eager as those at the Singapore University Bukit Timah campus where I had my last rally 40 years ago before going into exile. Their current quest for truth and democracy is the same as what my generation called for then. Where’s the generation gap? 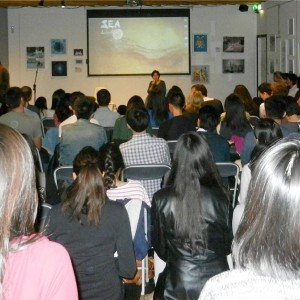