Do the organisers of last Sunday’s “Malay Dignity Congress” know what the word, ‘dignity’, means?

The Kongres Maruah Melayu was not a congress in dignity. It was anything but dignified. The organisers were less than honourable. The congress was a contest to massage Malay egos and admire the best sabre-rattlers.

The congress was jointly organised by Universiti Malaya, Universiti Pendidikan Sultan Idris, Universiti Putra Malaysia and Universiti Teknologi Mara. Academics have no business wasting taxpayers’ money on this futile event. In the end, this congress gave us a spectacular display of the insecurity of Malay leaders, academics, students and religious preachers.

The order of the day, was race-baiting, grandstanding, belittling the non-Malays, whilst at the same time, making five specific demands relating to politics, religion, the economy, education and culture (PREEC) for the Malays. 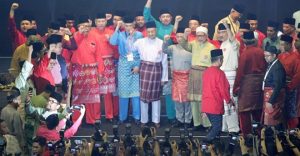 The prime minister, Dr Mahathir Mohamad and some senior leaders from Amanah and PKR attended the event. They gave the congress the legitimacy that the organisers were desperate to have. Shame on these Pakatan Harapan leaders!

The political discourse in multiracial Malaysia has been hijacked by racist and corrupt Malays. Malays who lack integrity. Malays who are happy to stick knives into the backs of their fellow Malays, if it will bring them power, wealth and position.

A number of them are already on trial for corruption, and more are in the long queue, soon to be brought to justice.

The shame is not so much that these Malays have stolen the rakyat’s money. The greater shame is that so many Malays still live in denial and think that rich Malays, senior Malay politicians, and scions of wealthy and noble families, cannot be guilty of stealing, of injustice or of committing crime.

Centuries of Malay upbringing in terhutang budi (debt of gratitude) has crippled the Malay sense of reasoning, especially if he is a beneficiary of a corrupt system.

In politics, there was a call for leading positions to be held by Malays and institutions like the Bar Council, Suhakam or liberal NGOs to stop meddling in Islamic matters.

Can the congress’s audience have forgotten so quickly? In GE-14, the rakyat brought down the previous government, in which Malay leaders, who occupied all the top positions in government, and GLCs like FELDA, MARA and Tabung Haji, swiped the rakyat’s money. Are the Malays gluttons for punishment? Or are they too stupid to learn from past mistakes?

People and institutions do not wish to meddle in Islamic matters. More importantly, it is the brand of Islam that is practised in Malaysia, and propagated by JAKIM,  that has invaded our private lives, including those of the non-Muslims.

There was a call for vernacular schools to be abolished because they do not promote unity.

The person who suggested this is both blind and ignorant. The standard of education in government schools is abysmal. The acts of racism in governments schools, both from students and teachers, is increasing. The quality of teaching and level of discipline is appalling. Which parent would want to destroy their child’s future? 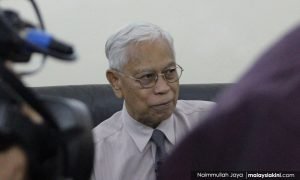 The ignorance about peninsular Malaya’s early history, shown by the participants and organisers, especially the congress’s chief executive, Zainal Kling, (above) is mind-boggling.

Did they ever stop to think how the economy of Malaya/Malaysia was founded? Chinese traders and Indian spice merchants established the Silk Road and the monsoon sailing routes, several centuries ago.

Over the past two hundred years, Chinese miners and Indians working in the estates, formed the backbone of our economy, in rubber and tin. Let’s be clear, without the Brits importing extra labour from China and the Indian sub-continent, business and money would not have come to Malaya. A similar scenario was enacted in East Malaysia. which also benefited from the discovery of oil in Sarawak. The important ingredient which brought money, business and trade to Malaysia, was brought by the non-Malays, foreigners, and kaffirs. 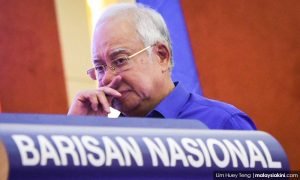 The Malay organisers demanding Malay and Muslim dominance in politics, religion, education, economy and culture, do not understand that affirmative action policies, have not worked and should be discontinued.

In the two decades after their introduction, the affirmative action policies may have contributed to an increase in middle-class Malays, but today, they only give Malays a sense of entitlement. The Malays have become arrogant, spoilt, irrational and they ignore the long term consequences of a nation where at least 50% are molly-coddled.

In the end, Malay nationalists and Muslim extremists do the nation much harm. Foreign investors will bypass us, and we will lose out to the Indo-Chinese nations of Cambodia and Vietnam.

The bottom line is this. Without the hard work, dedication and commitment of the non-Malays and non-Muslims, Malaysia would be an even less developed country.

The congress was also a study in stupidity. The Malays at the event failed to realise that Malaysia will become prosperous once again, only when all the races are treated as equals. The Malay congress focussed on navel gazing and massaging one another’s egos.

Only a person with dignity is worthy of respect.