Multatuli would like to know how the Ipoh City Council functioned for long periods, without a mayor? He urges new selection criteria be used to replace the current mayor. He or she should not be a bureaucrat. Race and religion are not important, but the choice should be based on ability. 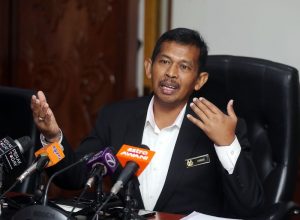 Multatuli says: According to reports Zamri Man the Mayor of Ipoh is very ill.

The ExCo for Local Government, Paul Yong Choo Kiong, said that the mayor has not been seen for months. How many months? Why does not the public know? Why the secrecy until now when it cannot be concealed any longer?

How has the Majlis Bandaran Ipoh been operating?

But first I would like to wish Zamri Man a speedy recovery and early retirement.

Many people have asked for a new mayor in the past including myself.

I have often said that we must appoint someone who is ‘anak Ipoh’ and someone who is not a bureaucrat promoted from the ranks of the Perak Civil Service.

My reason is simply this: Civil Servants are trained to administrate. The good ones operate well within a set framework. They carry out the orders of their political masters. In other words they are not people who are self motivated or entrepreneurial, or can think out of their civil service box.

We have had a string of mayors from the civil service. None are outstanding and many are disasters. Name me a mayor from the civil service stable who has lifted Ipoh beyond the mundane. For instance has anyone of them for suggested a radical approach to the litter problem in Ipoh – especially concerning one’s use of plastic. Why not a ban? Be bold and decisive and set the agenda of reducing a major cause of litter and environmental pollution.

So if not a bureaucrat who? 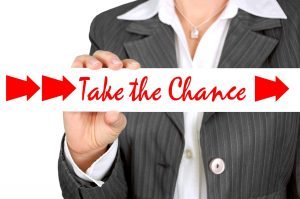 Someone from business is the most suitable I would say.

1.  A good businessman who is exposed; who is honest and has shown community leadership and has a good track record of running big business is aptly suitable as mayor of Ipoh because such a person knows what business need. He can develop a  business environment and provide conditions that will attract investors.

Race and religion must not be criteria for the job. It must be on ability and track record.

And I hope the sultan does not get involved in the process – that we must appoint someone who is acceptable to him. He is a constitutional monarch and he should not involve himself in the running of our cities beyond taking an interest  just like any other citizen.

This is a golden opportunity for the Pakatan Harapan (PH) Government to make a bold move to put the right person in the position of Datuk Bandar.

PH has reneged on its promise to bring back Local Government Elections; it can at least make up for it by appointing someone as mayor who represents most Ipohites – an ‘anak Ipoh’ and someone who is not in politics, but will do the job to serve the people of Ipoh without fear or favour.