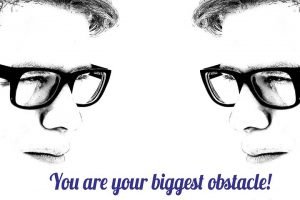 The Minister for Religious Affairs, Mujahid Yusof Rawa, was tripped up in a recent interview with BBC Hardtalks. He blamed the rise in racial and religious tension in Malaysia, on the rakyat having too much freedom of expression.

He is wrong. The rise in racial and religious tension has its roots in our leadership or lack of one.

Some politicians use the two “Rs” to win votes. There is also selective enforcement by the authorities. The Indian fugitive Zakir Naik, who belittles other religions, is not censured. The inability of the authorities, to punish him, encourages bigots to attack people of other faiths.

Mujahid forgets that when he was a junior politician, in PAS (and later in Amanah), political & human rights’ activists, and the alternative papers used to give him a voice, so that he could reach out further and neutralise the hate that Umno-Baru and later, PAS, was propagating.

Today, he has abused our trust and goodwill by claiming that freedom of expression is the cause of racial and religious tension in the community.

Politicians like Mujahid should realise that many powerful, ruthless leaders were toppled by non-violent civil mass resistance. Countries which successfully replaced authoritarian regimes, like Chile, the Philippines and South Africa combined mass rallies with other forms of resistance, like strikes and boycotts.

People power successfully brought down repressive regimes in countries where people once believed that resistance was impossible. Street marches and demonstrations show that a government has lost control and is incompetent.

The young people of Malaysia are spearheading change and are not seduced by politicians who have simplistic and childish views, like Mujahid.

Our leaders should know that the action of a united rakyat will conquer Pakatan Harapan (PH). Do they want a series of marches, strikes, boycotts, and pressure by NGOs and religious groups? Do they want us to engage with the international community, and foreign media, to help the rakyat gain freedom? Violence by the rakyat is not an option, unlike persistence and commitment.

The irony is that PH is acting in a similar fashion to Umno-Baru. Sadly, the lessons from Umno-Baru’s mistakes have not been learnt. The disgruntled population of Tanjung Piai, have shown their displeasure with PH in the by-election.

PH should not need reminding that in GE-14, Umno-Baru/BN found to its cost that it is not invincible.

For decades, we were aware of allegations of electoral fraud. On polling day, there were complaints of vote-buying, intimidation, blackouts and low-quality indelible ink. Some voters discovered that their votes had already been cast, by an imposter. The free media was denied access. So, on 9 May 2018, the largely dissatisfied rakyat kicked-out Umno-Baru/BN.

If some Malaysians thought that life would end happily-ever-after like in a fairy tale, they would be disappointed. Today, they are angry about the performance of PH. The slow pace of reform, the postponements in disgraced Najib Abdul Razak’s 1MDB trial, the presence of Lynas, pollution of our land, seas and air, and more importantly, the high cost of living.

So, will PH politicians learn their lessons the hard way? Or will they buck-up and start to listen to the rakyat and work on their reforms? Will they strictly enforce the laws and punish those who use racial and religious rhetoric to disrupt public harmony? Or will they find that race and religion are useful tools to cling on to power? Corruption and a lack of transparency still exist, despite the promises.

Many PH politicians appear to be cast in the Umno-Baru mould; a number of Bersatu politicians, merely swopped parties. Outwardly, they may be Bersatu. Inwardly, they still exhibit many of their Umno-Baru traits.

Mahathir opened the gate and allowed Umno-Baru in

The mentality of ex-Umno-Baru members cannot be altered as easily as changing one’s underwear. You cannot just slap a clean nappy onto the bottom of a heavily soiled baby, without first removing the muck and stench from his posterior. A new Bersatu or PH identity cannot remove the rotten core lurking under the facade.

Many reforms promised at GE-14 have not taken shape. Najib Abdul Razak is still roaming free. Allegedly corrupt senior Umno-Baru and PAS politicians and many heads of GLCs have yet to face trial. Some MBs have not cleaned up their states of corruption.

As conditions worsen and the rakyat finds it increasingly difficult to make ends meet, only ‘people power’ will instigate change. Do you agree?

The Joker is the latest “must see” film. The Joker represents the opposite of justice, law and order; but there is another definition of Joker. A joker is someone whose words or actions provoke amusement or laughter.