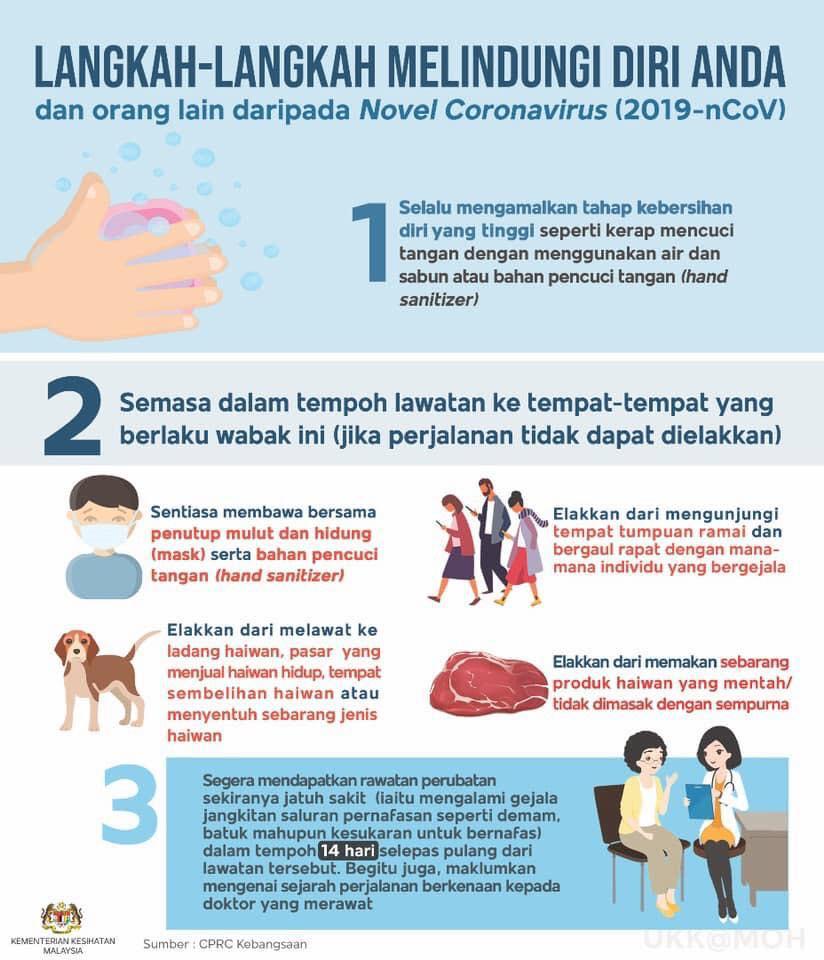 On Tuesday, 4 February, the Ministry of Health (MOH), circulated an official poster showing Malaysians how to protect themselves, against contracting Novel Coronavirus. The posters were seen at the General Hospital in Ipoh.

Whilst the action of the MOH is commendable, with its use of images for the benefit of sections of the population who are non-readers, many people, including veterinarians, pet owners and NGOs in animal welfare, are furious with the ministry’s depiction of a dog, under the section for ‘contact with animals’.

The use of the dog is not just unfortunate, but it is stupid and irresponsible. The poster is ill thought-out. Was the submission proof-read before being sent to the printers? Had the ministry’s public heath media machinery consulted experts in coronavirus? 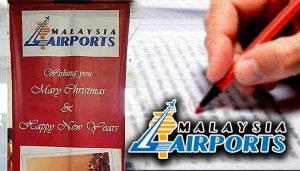 Remember the Christmas poster which embarrassed Malaysian Airports Holdings Berhad (MAHB), but brought a smile to our faces, because the posters at the Sultan Ismail Petra airport, in Kota Bharu  wished us a “Mary Christmas” and not “Merry Christmas”? The posters, which were displayed in December 2017, also wished us “Happy New Years”. 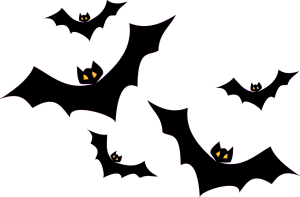 If foreign news reports are to be believed, the animals suspected of starting the coronnavirus scare, were the bats, which had been sold in a market for exotic animals in Wuhan. The only thing that bats and dogs have in common, is that both are mammals.

To include a picture of the dog, on the official MOH poster, is not only misleading, it is malicious and can could have unfortunate consequences.

Animal welfare workers and animal activists, who are based in Ipoh, have experienced an increased number of dogs being dumped, poisoned and abandoned. The picture of a dog in the official MOH coronovirus poster is wrong and unacceptable.

Sadly, when dogs are killed with poisoned meat, cats and possibly birds, would also be killed.

The fear and panic generated in members of the ignorant public, is one of the consequences of a hastily distributed MOH official poster for coronavirus.

A spokesman for a dog rescue centre said, “There is a severe disconnect between the work of NGOs and the decision making units of the government. This issue should be raised.”

Another person who manages a shelter for strays said, “The MOH should have consulted the appropriate NGOs on all matters concerning animal welfare.”

A veterinary nurse said, “Why equate the picture of a dog with not frequenting markets that sell live animals or slaughterhouses? Is the MOH suggesting that our markets sell dogs? Are Malaysians eating dog?”

On social media, a senior veterinary surgeon waded into the argument about the official MOH poster, and said that there is no evidence that pets, such as dogs or cats can be infected with coronavirus. 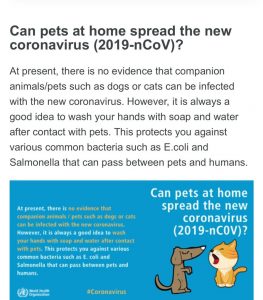 He advised pet owners that, as a matter of good personal hygiene, it was good practise to wash one’s hands with soap and water after contact with pets. This would protect the person against various common bacteria such as E. coli and Salmonella, that could pass between pets and humans.

These people in animal welfare are trying to make the MOH get its facts right, to prevent a  panic.

On 5 February, a Malaysian hospital in Rawang apologised and removed a poster which had asked visitors to declare that they had recently visited Singapore or Sabah.

Malaysians from Sabah and many Singaporeans were angered that the hospital had equated them with the people from Wuhan, where the outbreak of the deadly virus was first detected.

A Facebook entry on the hospital’s site said, “The KPJ Rawang Specialist Hospital takes note of the feedback on the snapshot of the poster. We deeply regret and apologize for this oversight.

“Please rest assured there was no intention to offend any Individual or State or Country. We have taken corrective action to remove the poster immediately.”

So, will MOH apologise to the public, and remove the posters which depict a dog?

The MOH publicity machinery can reprint posters, and replace the pictures of dogs, with bats. A large section of the population, is already fearful of dogs, as their ignorance makes them think that dogs are unclean.

Why should these animals suffer or be put to death, because of the MOH’s printing  oversight? Coronavirus has nothing to do with dogs. The MOH should stop the irresponsible spreading of false information, or “fake news”.

The MOH should learn that the era of disgraced Najib Abdul Razak’s fake news, is over.