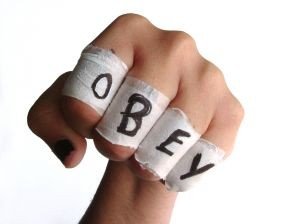 There is no Ketuanan Melayu in Malaysia.

What exists is far worse, and that is Ketuanan Lelaki Melayu (KLM).

Anyone who thinks that the Malays in Malaysia are better off should ask any Malay woman if this is true. Islam may preach equality between the sexes, but not in Malaysia.

Malay women represent the most repressed section of Malaysian society. They are controlled, spied upon, manipulated, criticised and victimised. Their behaviour is under intense scrutiny. Their beauty has to be hidden away, and their intellect suppressed. Their usefulness is devalued when men take multiple and younger wives.

In the past, we have seen how Malay women who excel in sport are condemned. The bigots had no words of praise for gymnast, Farah Ann Abdul Hadi’s hard work, her hours of training, the dedication, her commitment and the support given by her family and her coach.

The bigots ignored the fact that she had won a gold medal for the nation. They refused to see that Farah would have sacrificed a normal life like you and I would have led – such as socialising, partying, going out, indulging in Malaysia’s favourite pastime which is makan and more makan, etc. and replaced hers with a strict regime encompassing diet, training schedules and early nights.

Malaysia’s bigots – and they will be predominantly Malay – have made many attempts to drag Malay women backwards rather than let them  progress. These insecure men want Malay women to be subservient, in the name of religion. Women are encouraged to give up education, and careers, to take care of their families.

Pretty Malay women are banned from entering beauty contests because some idiotic religious official would be salivating over her as she shows off her grace and beauty on the catwalk. He is too weak to control his urges so he tells everyone else that she is commmitting a sin – tak tutup aurat.

If he cannot tahan, then he should go home to have a cold shower and not be a spoilsport.

In politics, the Kajang move, demonstrated that Hadi Awang, the PAS president had no intention of allowing women to become the head of a state, or the prime minister. In parliament, our women MPs face sexist comments and backchats. Perhaps, the men who feel “macho” in parliament are having an overreaction to being severely nagged at home!

The fact that some Malay women are encouraging the minor role of women, in society and at worst, condoning the stay-at-home trend, is disturbing. The knowledge that few Malay women have voiced their criticism is more alarming.

Our fathers and grandfathers encouraged their daughters to go to school. Why?? It was because these forward thinking men wanted their daughters to have an education, to be morally and financially independent. Education has freed many Malay women from moral enslavement, but envy has caused many of today’s Malay men to feel threatened. 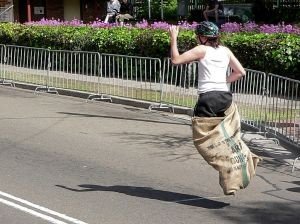 Government statistics show that more women enter professional courses like engineering, medicine and the sciences, but many Malay men prefer soft subjects like religion. The best these  men can offer their women is to “have sex on a camel” and that gymnasts and athletes, should wear a maxi length sack!

I once had the misfortune to enter into a discussion, about education, with a Malay man. When he ran out of points and ideas, he thrust his fingers in my face and said, “Do you realise that Allah is looking at you and that you are wrong?”

Religion has little to do with the bigots’ agendas

The sudden increase in sanctimonious people in Malaysia has very little to do with religion.  These bigots use religion to hide their ignorance and to cover-up their insecurities. The underlying reason for the attacks against Malay women is the Malay man’s insecurity and his lust for power.

Women have always been instrumental in leading change, and that is why Malay men exact the most severe punishment and humiliation on Malay women who have free spirits and minds of their own. Malay men cannot bear Malay women, having better morals and a far superior intellect, than him.

The religious authorities and bigots are keen to punish Malay women who exude confidence. Malay women who excel and who possess an independent spirit, will empower other Malay women. The mission of the bigots is to undermine Malay women and make them even more repressed. It’s all about control and manipulation.