Sometimes, politicians fail to learn from other people’s mistakes. The environmental disaster, in Pasir Gudang in Johore, happened after decades of mismanagement and a lack of enforcement, the possible receipt of backhanders, and illegal operations by brazen company owners and opportunistic government employees. The health issues, the loss of income, the school closures, the expensive clean-up and the breaking of the law, should be a reminder to all, especially politicians and civil servants. 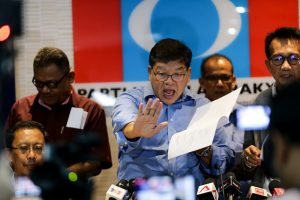 So, what will it take, to make the MP for Sungai Petani, PKR’s Johari Abdul, meet his constituents to discuss the issue of heavy pollution from illegal waste recycling factories?

Lydia Ong Kok Fui, the spokesman for the Persatuan Tindakan Anti-Sampah Sungai Petani (PTASSP), has tried to meet Johari, to resolve the problems of illegal factories and environmental pollution.

Instead, the MP has rebuffed her request to meet, brushed aside her concerns about pollution, and dismissed her allegations about the presence of illegal factories.

Ong led 250 residents, in two peaceful rallies, to highlight the presence of the illegal factories, which they claimed operated “day and night” despite being sealed by the local council. The first rally was held at the Kedah Halal Park in Sungai Petani and the second, was held in Alor Setar, the following day.

Despite the protests, the state exco for Housing, Industry, Investment and Local Government, Tan Kok Yew, has not responded to the residents’ issues, whilst Johari has been dismissive about their concerns.

The least that the Sungai Petani MP could do, is to meet the residents, instead of acting with extreme arrogance, like former Umno-Baru MPs. After all, Johari was once the director of the controversial Biro Tata Negara (BTN), one of the seven pillars of Umno-Baru oppression of the rakyat. 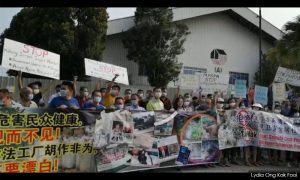 Johari claimed that there were no illegal recycling factories in Sungai Petani, but Ong said that a meeting would give the residents the opportunity to provide evidence that 20 illegal factories exist.

She said that for the past year, they have been lodging complaints, but no action has been taken, and to add to their woes the factories were expanding to nearby Gurun, which is north of Sungai Petani.

Instead of meeting the residents, Johari went on the defensive and said that the protesters did not have accurate facts. He accused outsiders, and not Sungai Petani residents, of being instrumental in orchestrating the two rallies.

To add insult to injury, he claimed that the local Environment department officers and local councillors had advised him that only licensed factories were allowed to operate.

So, is Johari a very naive MP, a very ignorant one, or one who is clueless? 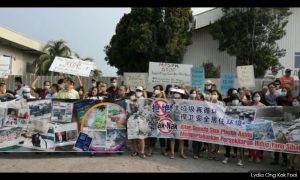 Newspaper reports are full of prosecutions against office bearers and government servants who closed one eye to illegal factories, human trafficking, and large scale corruption. If Johari needed further reminding, 1MDB is a case of officials closing one eye to corruption. Furthermore, the mismanagement of FELDA, MARA, Tabung Haji and the National Feedlot Corporation (NFC) are other cases of complicity in corruption and fraud at the highest levels.

So, why is Johari so dismissive of this claim by the PTASSP?

When similar allegations were made in other states, it was found that a politician had a crony friend, whose business was operating illegally, or a member of the politician’s family enjoyed a comfortable position in the illegal company.

Are the exco and MP so desperate for investment in this district, that despite the factories being illegal, they turn a blind eye because some people are able to gain employment. Perhaps, breaking the law is not high on their list of concerns; but an MP should uphold the law. Illegal factories should be shut down and their owners prosecuted. 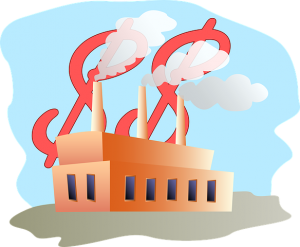 Johari should wonder about other violations that are being made by these illegal factories. Are the atmosphere, rivers and soil being polluted? Is waste managed according to  government procedure?

Johari and Tan should investigate the matter and close down the illegal factories, instead of denying their existence. If they cannot resolve the problem, then they should seek Federal help from the Minister for the Environment, Yeo Bee Yin. She is the ultimate authority on the environment.

Perhaps, the residents should lodge a police report so that the relevant bodies can be hauled up for questioning. Perhaps, more reporters should descend on Johari’s constituency office to demand his reasons for his lack of action and concern.

The world dumps its waste in Malaysia because we lack proper enforcement. Johari could be at the forefront of stopping these criminal acts. So, when will he agree to meet the residents and address their concerns?