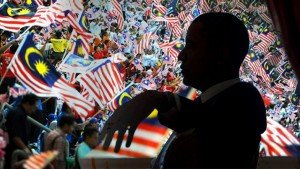 When I appoint myself the Dictator of Malaysia, no-one should complain. Anyone who does will be housed in Kamunting, and his property seized or destroyed. If you have no qualms about the proposed National Security Council (NSC) Bill, then you will not mind my list of 35 bans.

1 The ulamas, as they are the root of Malaysia’s problem. They are party-poopers and have no sense of fun. They are more interested in the after-life, than life on Earth; but what has a woman to expect in heaven, as 72 studs do not exist. A certain popular ustaz, claimed that women, who go to heaven, will be rewarded with an unlimited number of kitchen utensils, Pyrex, and gold bangles. Hell seems preferable, but one will probably be relegated to kitchen duties.

2 Umno Baru politicians for using the ulamas to further their aims. Self explanatory.

3 The same old people who cannot speak English, but are used to dub foreign films into English. Is the pool of English speakers so small, that the same tired voices have to be endured, in almost every dubbed film?

4 Salesgirls who spring up behind you, while you are happily browsing and say, “Yes, anything?” Like leeches, they follow you around the shop, asking the same question.

5 The IGP. He prefers tweets to catching thieves. He should get rid of the numerous medals on his chest, which make him look like General Idi Amin.

6 The Malaysian board of film censors. There is nothing more frustrating than watching a film, where two lovers bounce-off one-another, as if they were made of rubber.

7 Waiters who bring you sweet coffee, even when you asked for “Kopi-Si-Kosong.” They cannot believe that anyone would want coffee without sugar.

8 Malaysians who refuse to queue. Why do these people have no problem queuing, when they are overseas?

9 Police and JPJ roadblocks. They cause traffic jams and the Mat Rempits, whom they want to nab, make a U-turn to escape the check. Everyone else is stuck.

10 “Datuks” who get stroppy, and loudly proclaim, “Do you know who I am?”, when they do not get what they want, or are asked to wait their turn for service.

11 People who smoke and vape. Have you smelt your hair and clothes after being around smokers? Kissing a smoker is like kissing an ashtray. If the vape vapour drifts onto your eyes, it steams them and is not a pleasant experience, with or without the vanilla flavour.

12 Mamak stalls, especially those which allow unaccompanied children, at 3am in the morning. Filthy stalls should also be banned.

13 Highway surprises. Fruit stalls that spring up beside the highway are a danger, as are works vehicles which reverse onto the highway, not realising that a car travelling at 70 km may not be able to stop in time. People who switch on their indicators, hazard lights and spotlights in heavy rain, thinking that this will make them be more visible.

14 People who do not have driving licences and who fail to insure their vehicles. Some of them use their father’s datuk-ship to escape prosecution, when they are stopped.

15 People who have a “member” in any government department. They may be behind you in the queue, but when their “member” spots them, they are whisked to the office and their problem dealt with, immediately.

16 Little Napoleons who abuse everyone.

17 The moral police, because they are officially sanctioned, and taxpayer funded, voyeurs.

18 Children of senior ministers are the most obnoxious species of humanity to roam this earth. They think that being decked-out in their bling, luxury watches, designer clothes, while driving imported sports cars, enables them to lord it over you.

19 People whose table manners are appalling. The cement mixers who eat with their mouth open, the ones whose snot dribbles onto their (and your) food, and those who do not use serving spoons, thus contaminating the food, with their germs.

20 Police outriders, who force you off the road and kick your car, if you are too slow.

21 Policemen who mess you about by making you lodge a report at several police stations.

22 Senior civil servants, and politicians, who are not punctual. The excuse is they are on a course – the golf course!

23 People who wear home-made uniforms, like Abdul Rani Kulup ofÂ Â Martabat Jalinan Muhibbah Malaysia (MJMM), with his red beret, dark glasses and curtain tie-backs, as epaulettes.
24 Malay politicians who claim, in Parliament, to be pious family men, but are seen with various bits of arm candy at night clubs.

25 Polygamous men, who nip to Thailand for a quickie marriage, should have something else nipped-off.

26 People who keep saying, “…it’s God’s will”, when in reality it is their will.

29 Diplomats who cannot speak English and those who walk around, with their trousers round their ankles.

30 Race and religion based political parties and NGOs.

31 Politicians who are misogynists.

34 People who have too many handbags.

You may think that this article is aÂ  joke…

You are right to say, “Who are you, to ban this and that.”…you are also probably thinking, “This Mariam has no power. What can she do?”

The article was written, to alert you to the possibilities of banning things, when one is in power.

I wrote to warn you, to beware, the that real dictator, will soon be installed as the Supreme Official Dictator of Malaysia (SODOM).

He has pushed through with speed, the controversial National Security Council (NSC) bill.

You may think I have banned some ‘funny’ things,Â  like waiters who continually get your order wrong, or the lady with several handbags.

The new SODOM can, and will do his best, to keep him and his mates in power. SODOM will soon be your biggest nightmare.

Help is at hand….There are ways to stop the NSC bill. You must act now, because if you think you can cast your vote, in GE14, and topple SODOM and his gang from ruling Malaysia, please be warned. It may be too late then because SODOM may ban GE-14 altogether. Please act now.