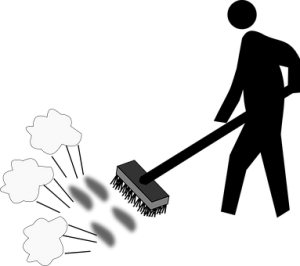 Pakatan Harapan (PH) ministers and MPs have to clean up the mess left behind by an inept former government, led by former disgraced PM, Najib Abdul Razak, which did not think things through before embarking on any project.

Lynas, and its uncertain future, is one example of the many challenges facing the new PH administration. 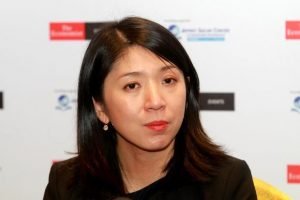 Last month, 130 employees from the Lynas plant, in Kuantan, staged a protest, at Parliament, to demand that their jobs be saved.

Yeo Bee Yin, the MP for Bakri, is also the minister for Energy, Science, Technology, Environment and Climate Change. She must deal with the Lynas issue and realises that it is not just about saving jobs. There is also the environment and lives of the future generations of Malaysians.

Like the MP for Gebeng, Fuziah Salleh, I have been following the Lynas case, since 2010. We tried to highlight the various problems which were brought to our attention. Our complaints were dismissed by Najib, the Umno-Baru/BN cabinet, the Lynas management, and the Pahang state government. Lynas also threatened some of us with lawsuits. 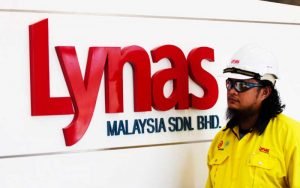 Why did Lynas not establish its plants in Australia?

Even before its inception, we had been sent damaging information about Lynas. We asked,  in various articles, why Lynas had not established its plant in Australia.

Lynas probably knew that the plant would not receive planning approval, or the permit to process the rare-earth metals, in Australia, unless a prohibitive amount of money was spent on the cleaning processes, to render the waste-products safe for both humans and the environment.

It did not make economic sense to transport the rare-earths minerals thousands of miles from its source in Australia, to the processing plant in Malaysia.

Why was Najib and the former Pahang Mentri Besar, Adnan Yaacob, prepared to sacrifice the people of Gebeng, the enviroment, and also condemn future generations of Malaysians to a radioactive future? 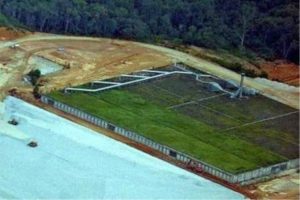 Remember Ipoh’s Asian Rare Earths (ARE) and the mess it left behind?

The residents of Ipoh, are still paying the price of Asian Rare Earths (ARE), a chemical plant owned by Mitsubishi, and built in Bukit Merah, on the city’s outskirts, in the 1980s.  For the past two decades, RM300 million has been spent to clean up the closed plant, but the residue still poses a huge risk. Eight workers have died from leukemia. Those who protested against ARE were arrested under the Internal Security Act.

The Lynas facility is much bigger than ARE and anticipated making RM8 billion a year.

There have been several anomalies associated with Lynas, which its employees should have been aware of.

First. There was insufficient public consultation. An online news portal learnt that very few local residents were consulted when the project was first mooted, in 2007. This alone should stimulate changes in the way big businesses are proposed for an area.

Second. The first public meeting was too technical. Kuantan residents, living close to the Gebeng Industrial Zone, attended the initial meeting, but complained that the explanations were difficult to understand. The residents should have demanded more consultations.

Third. There was no follow-up after the first meeting. This was convenient for both Lynas and the state government.

Fourth. The two MCA Aduns who returned from visiting the Lynas mine, in Australia, declared that the Lynas project was safe. Why did they think it was safe? Did they present their findings to the public on their return? More pressure should have put on them to explain their decision. Why were only assemblymen from MCA sent to Australia? Assemblymen/MPs from the opposite parties should also have travelled to Australia for the breifing on Lynas.

Fifth. No detailed Environmental Impact Assessment (EIA) has been presented for public scrutiny. How is this possible? This is wrong, and academics and MPs should have demanded an EIA for a project of this stature.

Sixth. Only after intense public opposition, in Kuantan, did Lynas Australia feel it necessary to send their senior management to engage with the public. MPs should demand reforms, to prevent big businesses from acating like bullies.

How safe is safe?

Lynas has repeatedly told us that its rare-earths ore contains trace amounts of the radioactive element thorium, which they claim is roughly 50 times less than those found at Bukit Merah.  If  Nicholas Curtis, the chairman of Lynas Corporation, truly  believes that his plant is safe, why did he not site it in Australia?

He probably took advantage of our lax laws,  and the greed of Najib and the Pahang MB, to site the plant in Gebeng.

The New York Times alleges that there have been short-cuts in construction. Engineers have reported shoddy work practices, and use of low grade materials leading to structural defects.

Today, we cannot disregard the risks of contamination and health and safety concerns which worry the public. Minister Yeo is right to consider the consequences of the anomalies associated with Lynas, and to think of the future of Malaysians and the environment.