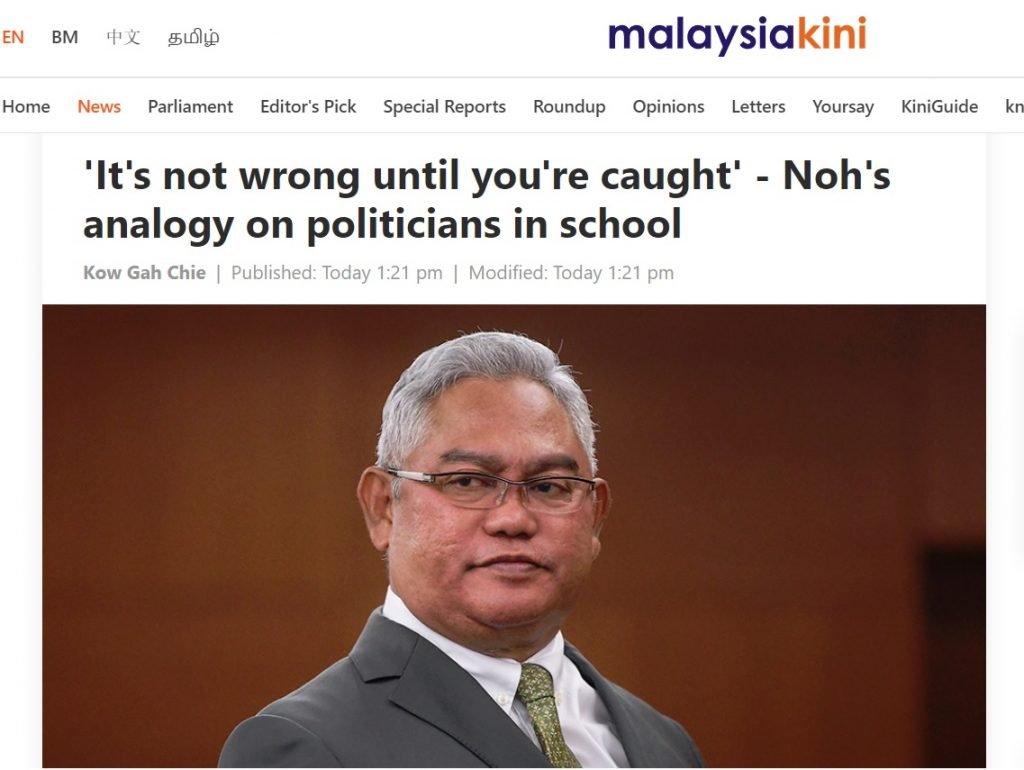 Umno-Baru MP for Tanjung Karang, Noh Omar, is someone who encourages people to commit crimes.

The police have enough trouble trying to apprehend criminals and are barely coping. Then we have this idiot and his comments.

Noh is the wrong type of person, who should become an MP. He is telling you to steal from the rakyat without having any guilty conscience, until you get caught. What do you say?

Noh said that “Stealing is not wrong”

With former leaders like his “BossKau yang memalukan”, Najib Abdul Razak, is it any wonder, the Malays are confused.

Noh said, “Stealing is not wrong, only when you are arrested it becomes wrong.

“Riding a motorcycle without a helmet is not wrong, only when the police arrest you it becomes wrong.” 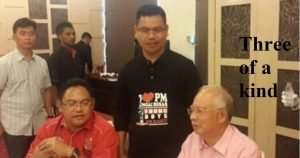 2. What was his upbringing like that he does not right from wrong?

3. Is he bringing up his own children in the same manner, to tell them to rob, steal and lie, until they get caught? This person ought to be locked up for his family and society’s good.

4. How many crimes that he has committed that have yet to be unearthed? Will the MACC, the Inland Revenue Board and the police dig into his background, so that he can be told that what he committed is wrong? Has anyone information about any dodgy dealings which involve him?

5. Do other Umno-Baru leaders, such as the Oxford educated, Khairy Jamaluddin, agree?

6. What has the ulama class and state muftis to say about this abhorrent remarks from a lawmaker?

8. Will you tell your family and friends who will vote in the next by-election, to vote wisely.