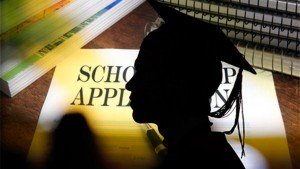 If Malaysian education is the best in the world, why do ministers and Umno-Baruputras send their children to study, overseas, instead of enrolling them in local institutions?

Some even send their children to prep school (primary school) so that they get a good grounding in education and English fluency, during their formative years.

Recently, Minister in the Prime Minister’s Department, Azalina Othman, could barely hide her smug satisfaction, at the prospect of the government saving around RM240 million annually, with the termination of 744 scholarships for overseas studies.

No one is saying that local education is inferior, but an overseas education gives the student exposure to other cultures and skills. The invaluable experience gained by studying overseas, is priceless.

Over the past few years, our government has noticed that overseas students have been very vocal, and daring, about the misfeasance in Malaysia.

Our youth are Malaysia’s future leaders. They deserve the best and their growth should be nurtured with care.

The cancellation was not to save money, but to guarantee the future of the Umno Baru government.

Our government is horrified that scholars will be influenced by liberal ideas, western democratic ideals, right & wrong, fairness, equality and justice. All the values which we once held dear!

Local students cannot even hold a talk, without being scrutinised by the IGP. The vice chancellor may stop talks which are critical of the ruling party.

Former Opposition Leader Anwar Ibrahim was supposed to address students at University Malaya (UM) in October 2014. The electrical supply was switched off, a lock-down of the university was enforced and the gates to the campus locked.

Anwar was forced to address the large crowd, in darkness, as he stood on the back of a lorry by the roadside. Eight UM students were charged and their lives made a living hell. The authorities wanted to convey the message, “Obey or else…”

Overseas government scholars may be pressured not to attend talks. Circulars and text messages notify them that they risk being sent back, their scholarships cancelled, and their families having to repay the cost of their education. In addition, charges may be pressed on their return to Malaysia.

Despite this, many students ignore the circulars, and attend in disguise.

Students who are self-funded have no qualms about attending lectures.

Protest rallies, like Bersih, attract many Malaysians, including overseas scholars. Malaysians do not have to endure tear gas attacks, police baton charges or water cannons. It is all very civilised and the police presence is not noticeable.

Naturally, Malaysian Special Branch officers are in full force and together with the embassy staff, photograph the students, to intimidate them.

It is this overseas experience and critical analysis of their surroundings, which the Umno Baru government does not want our children to embrace.

The overseas scholar undergoes an opening of the mind. The Biro Tata Negara (BTN) works in a similar way, but with nefarious intent. It corrupts the mind and controls behaviour.

The wide range of mind-opening lectures and the mingling of the different cultures, is one which may give a broad perspective to Malaysians, especially Malays.

That, is probably the real reason the overseas scholarships were cancelled.