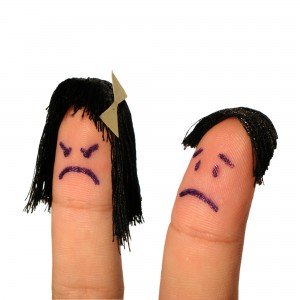 When the ulamas read about the overwhelming response, from Muslims, to the â€œI want to Touch a Dogâ€ event, alarm bells started ringing. They were spooked. The event, which was organised by Syed Azmi Alhabshi, a pharmacist in his 30s, had been extremely popular. What transpired was more than just touching dogs; it was Malaysians showing unity, understanding and interest for one other, with the help of the dog.

The show of harmony was a snub to the ulamas, the conservative Muslims and the Umno-Baru lapdogs. The leader of any country, would have been envious of the bond between Malaysians; any leader, perhaps, but not a Malaysian leader.

The ulamas were fearful that if Muslims suddenly realised there was nothing wrong with touching dogs, then the Muslims would start to question everything which the ulamas had told them in the past. With the help of Muslim mafia gangs and thugs, the conservative rabble rousers tried to intimidate Syed Azmi with stories of how they would harm him, including issuing death threats.

Over the years, the cost of essential goods has gone up steadily, but nothing can compare with the meteoric rise in prominence, of the ulama. The ulamas used the word of God, to elbow themselves into pole position and lord it over us. Today, the Malaysian rakyat have three masters. Not one, but three â€“ Umno-Baru, the Sultans and the ulamas. This steep climb to prominence is not accidental. Governments have cleverly used emotional blackmail on the unsuspecting rakyat. The ulamas are their lap-dogs.

Some Muslims and several non-Muslims are perplexed by the focus of the ulama, which is fixated on the afterlife. The language they use is laced with emotional blackmail. They encourage their brethren to do certain things, by claiming that this will assure them a place in heaven. The ulamas have perverted the religion with Najib Abdul Razakâ€™s mantra of â€œI help you, you help me.â€

A certain cleric claimed that banning Wan Azizah from the candidacy of Mentri Besar for Selangor, had saved many Muslims from the gates of hell. He claimed that he wanted to save all the Muslim souls and that is why he stopped Wan Azizahâ€™s candidature. Although these psychological mind-control tactics are bad, the shocking thing is that many Muslims believe this rubbish.

If we were to follow the logic of the ulamas, Muslims would have to wait for death to have any fun. Do the ulamas not realise that our time on earth is just as important as preparing for the hereafter?

Even the non-Malays are not spared the wrath of the clerics. They are told that they should not involve themselves, nor comment on issues, which involve Islam, such as the discussion of life under hudud. Why are the ulamasâ€™ arguments one-sided? The clerics do not appear to prevent extremist Muslims from insulting other religions, as in the cow-head incident. Incidentally, the ulamas are silent on corruption, the abuse of power or land grabs.

The ulamas act on behalf of the Malaysian government. Their specific role is to make Muslims behave according to government wishes. The 3Rs, race, religion and royalty are used to manipulate our behaviour. This dictatorial control is in the process of making many young Malays, rebel against them. The rakyatâ€™s mounting hatred of those who represent the 3Rs, is degrading society.

Why do you think Ali Abdul Jalil, who exposed the truth about a particular royal family, has been driven into exile? So few dare to tell the story, publicly, in Malaysia.

There are many Muslims who detest the ultra-conservatism of Islam, which is preached by the Malaysian clerics. They keep quiet because they fear being re-indoctrinated and want to spare being humiliated, when they are chastised in public for a â€œlack of faithâ€.

The ulamasâ€™ edicts stifle individuality and creativity. They lack the ability to reason. They only know how to oppress. A certain cleric tested the limits of the Malays and said that wearing football jerseys with the sign of the cross, or the devil, was wrong. He found out the hard way, that it was unwise to get in the way of the Malaysâ€™ fascination with football.

A suitable nickname for the ulamas, might be â€œkilljoysâ€. Religion is used to control the mind of the Muslims. Resistance will lead to severe punishment. Plans are underway for Muslims to be jailed if they do not attend Friday prayers. Locking people up for not displaying outward rituals of allegiance will only breed contempt and cynicism in Muslims. There is no compulsion in Islam, but the ulamas do not appear to realise this. Their proposals for jailing the people are contradictory to the beliefs in Islam.

Many Malays are restless because they have no outlet for their nervous energy. Introducing more religious indoctrination, has not arrested the decline in aborted foetuses and abandoned babies; but sex education might.

The ulamas use psychological and physical torture to make us subscribe to their version of Islam â€“ the â€˜Umno-Baru Islamâ€™. By all means, liberal Muslims should adhere to the teachings of the Prophet but it is only by speaking out, that they stop the ulamas from gaining control of their minds.

(NB: After touching wet dogs, Muslims cleanse themselves in a process known as “samak”)