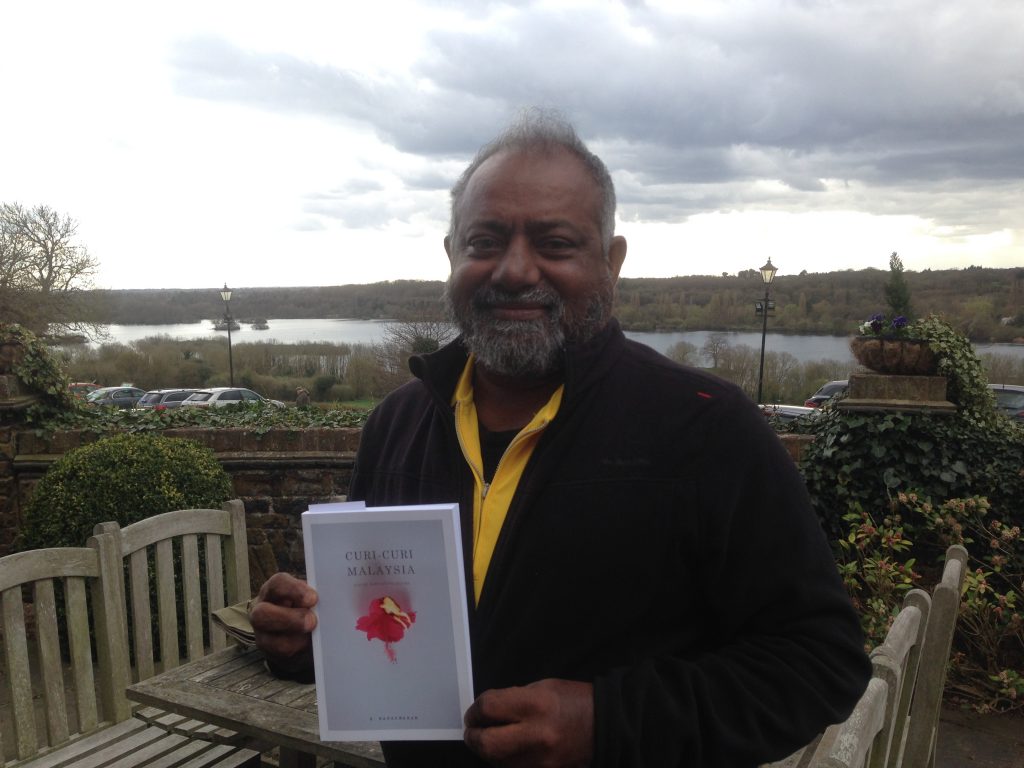 The man the politicians hate with a passion, who is also described as the “Scariest man in Malaysia” is none other than veteran and award-winning investigative journalist, R. Nadeswaran, better known as “Citizen Nades”.

For 17 years, his column under the by-line, “Citizen Nades,” in The Sun Daily, enthralled  readers and at the same time, became essential reading for the members of the Malaysian cabinet, before their meetings.

Nades’ views are wide ranging, from advertising billboards to the Awana Chelsea restaurant, in London.

He has exposed the Port Klang Free Zone scandal, the Wetlands fiasco, and after chatting with Dr Hasnat Khan, Princess Diana’s former lover, stumbled upon the existence of more Malaysian con-men in our community.

Failed projects, the cost of which were borne by the tax payer, have made a serious dent in the public finances. Was anyone punished? Rarely.

His heated encounters with politicians, who complained that he was unfair, have not deterred him.

Politicians and the things they wish to hide from public view, have fired him to brave the challenges of a journalist, to present to Malaysian readers, the many ways in which the country is being bled dry.

Citizen Nades describes a typical Malaysian trait, which he terms “the Houdini act”, whereby celebrities with “kabel ke atas” (a cable to the top) and corrupt politicians escape scot-free.  While politicians build palatial mansions on land meant for low-cost projects, the poor makcik, who steals a tin of milk powder to feed her baby, is thrown into prison for six months.

When Citizen Nades retired, at the end of 2016, he focused on the final editing of his book, “Curi-Curi Malaysia”, the stories behind the scandals which he exposed.

Throughout his career, Citizen Nades has not been anti-government; he is however, opposed to bad governance.

On Saturday, “the scariest man in Malaysia” will be in London, to answer questions about the scandals, and the state of Malaysia today.

Seats are limited and places are strictly by invitation only. 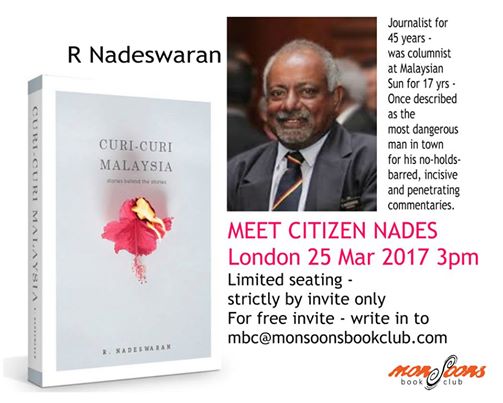 i) For Online Orders in Malaysia, please try: