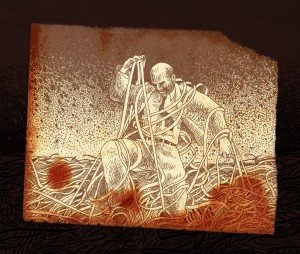 In Malaysia, if you don’t like someone, just slap him with a sedition charge. Easy!

In Malaysia, anyone who stands in the way of a political party’s advance and grip on power, is silenced (1), dragged to court (2) or deported (3).

Like an unseen vacuum cleaner, the men in blue are sweeping the countryside and arresting anyone whom they perceive to be a threat to their existence, before charging them with sedition.

So you think you are safe? Don’t bet on it!

Today, is a miscarriage of justice. Student Adam Adli received a 12-month jail sentence for uttering allegedly seditious remarks. During a post-elections ceramah at the Kuala Lumpur and Selangor Chinese Assembly Hall, Adam had urged the toppling of the Umno and BN government.

Do you recall the New Year’s eve celebrations on 31 December 2013?

One insecure individual, the IGP, who is keen to flex his muscles and authority, alleged that the 2013 New Year celebrations at Dataran Merdeka, was a plot to overthrow the government.

Isn’t the IGP guilty of causing panic and public disorder?

OR is all of the IGP’s talk of people toppling the government, pure fabrication to spread panic and confusion. Shouldn’t the IGP be charged with sedition?

So, for every Susan Loone who is incarcerated, another hundred people, will take her place.

For every Adam Adli who is jailed, another thousand student activists will take his place.

This sedition sideshow shows the desperation of the government. Don’t keep quiet, join the many groups which are protesting against this sedition sweep.

You must NOT be conditioned by fear.

Free Adam Adli and all the others who have been wrongly detained. Malaysia belongs to you. Don’t let the repressive Umno-Baru government and their agents take away what is rightfully yours! Your freedom matters.