The Sports and Youth Minister, Khairy Jamaluddin, should realise the seriousness of the mounting pile of complaints about the organisation of the South East Asia (SEA) Games.

The problems that I, and others, have tried to highlight, during the SEA Games, have been dismissed.

No-one is complaining about the athletes, their effort, their hours of training and their sacrifices; however, the reputation of Malaysia, as a fair game player is at stake.

One reporter who covered the Games said, “The official website is quite bad. Results were slow and in many cases incomplete. Also, it’s surprising that it tried to highlight Malaysian athletes in several events although they finished third! This is the official website which should serve all participating countries not just Malaysia.”

The Bangkok Post article below, summarises the problems succinctly. 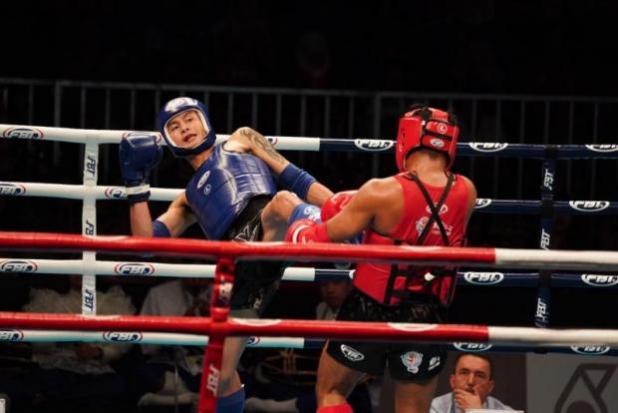 Thailand’s Mana Sumchaiyapoom, left, in action in the muay final at the 29th SEA Games in Kuala Lumpur yesterday.

Malaysia will be officially crowned overall champions of the 29th SEA Games on home soil today — the last day of Kuala Lumpur 2017.

While the Malaysians are proud of their success before they celebrate the country’s Independence Day tomorrow, other countries, particularly Thailand, seemingly believe the hosts did not achieve the feat in a straightforward manner.

For many Thai officials, athletes, journalists and fans, KL 2017 is the worst tournament in SEA Games history in terms of both officiating and organising.

Emotions are running high among Thai fans and journalists who have vented their anger and frustration by dubbing the Kuala Lumpur Games “SEA Kong” (SEA Cheating).

When Malaysia won their 100th gold medal of KL 2017, the official website published a photo of the mascot with the number 100.

This prompted Thai fans to hit back with harsh criticism and sarcasm on Thai websites.

“You should win one million gold medals,” wrote a Thai fan.

“100 SEA Games gold medals but no Olympic gold,” said another.

Thana Chaiprasit has been Thailand’s chief of delegation at several international events including the Olympics, Asian Games and SEA Games, and he says the officiating at KL 2017 is the worst he has ever seen.

He claims officials of other countries also have similar views on the matter but nobody has bothered to formally lodge a complaint with the organisers because it would be useless as “the hosts only want to become overall champions.”

It is only Malaysia’s second SEA Games overall crown after they got their first in 2001 when the event also took place in Kuala Lumpur.

In the pencak silat tournament at the Games, Indonesia accused Malaysia of cheating during a match, while a Malaysian fighter was declared winner after he accidentally got injured in the final against a Thai athlete.

In athletics, a Malaysian athlete won the gold medal in a women’s walk event after she apparently ran in the final stretch to the finish line.

In gymnastics, two Malaysians were awarded gold medals in the same event.

Yesterday’s muay (Muay Thai) finals were originally scheduled to begin at 3pm but the hosts moved the starting time to 1am.

The Thai women’s volleyball players are probably the most vocal critics of the organisers among the participating athletes.

They claimed the organisers did not arrange transportation for them when they arrived at the airport.

They also said there was not enough breakfast at their hotel and so on.

Fortunately, they took the title for the country’s 11th consecutive gold medal in women’s volleyball.

Meanwhile, Thai officials have accused Malaysia of organising sports they are good at and axing events in which other countries excel to improve their chances of winning the overall crown.

However, this claim may be over the top as Thai officials also attended the meetings to determine sports for the Games.

If they did not complain at that time, then they should not now.

The slogan of the 29th SEA Games is “Rising Together” as the hosts want all 11 member nations to show unity in the year the Asean grouping is celebrating its 50th anniversary and this is the first SEA Games after the Asean Economic Community took effect.

But it seems this won’t be achieved — at least in sports — due to controversies at this Games.

But who can blame Malaysia as every host nation does the same.

It’s simply a case of “anything you can do, we can do too”.