Over five years ago, on 17 July 2014, flight MH17 took off from Amsterdam’s Schiphol airport, bound for Kuala Lumpur, but a few hours into the flight, radio contact was lost and the plane disappeared from radar. There were 283 passengers, including 80 children, and 15 crew members on board.

Fast forward to March 2019 when Vasily Prozorov, a former officer of the Security Service of Ukraine (SBU), makes a number of staggering allegations.

After extensive research, which includes previously unknown details of the shooting down of MH17,  he has compiled his evidence and presented it in the video below. He also exposes the inconsistencies in the official investigation.

Prozorov’s film is based on original documents from the Ukrainian special services and exclusive interviews with the eyewitnesses.

In an email he said, “It is my version of the aircrash and it is very important to know what ordinary people think about this tragedy and this film.”

Watch the video and make your own conclusions. Perhaps, you have more queries of your own.

The apparent suicide of a Ukrainian air force pilot. The mysterious disappearance of an airport dispatcher who had followed the flight of MH17. Both of them have important information. One is dead. The other is missing. Why? This generates more questions.

Identifying the missile is easy. It was a Russian-made BUK missile, but trying to identify (the man) who fired the missile, and on whose orders, has not been possible.

Many questions that have yet to be answered. It is curious, that suspicions immediately fell on the Russians, so why were their findings rejected?

Let us imagine that a man has been stabbed and the knife that is sticking out of him, appears to have come from my kitchen.

The knife may be mine, but does that mean that I stabbed him?

Watch the video and see what you think… 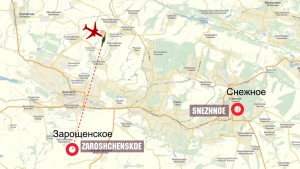 Here is an investigation timeline summary as reported by the BBC

October 2015: A 15 month investigation by the Dutch Safety Board (DSB) found that the Boeing 777 was still flying over eastern Ukraine, around 30 miles from the Russia-Ukraine border, when it was hit by a Russian-made BUK missile.

September 2016: An international team of criminal investigators claimed that the missile had been brought in from Russian territory and fired from a field controlled by Russian-backed separatists.

May 2018: A Dutch-led joint investigation team (JIT) said that the missile system belonged to a Russian brigade. Both Australia and the Netherlands said that they held Russia responsible for shooting down MH17.

June 2019: The JIT said that international arrest warrants had been issued for four men, whom they claimed had brought the missile into the area in eastern Ukraine.

(Rebuilding Malaysia: So who ordered the missile to be fired? Who is responsible?)