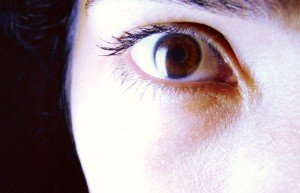 Today, Najib fights graphic designers, cartoonists, columnists, and activists… just about anyone, who criticises him.

Under Najibâ€™s rule, human rights lawyers, academics, cartoonists, a thinking rakyat and the alternative media, have replaced the communists of his fatherâ€™s era. They are the “new threats” to national security.

The reason for the governmentâ€™s fear is simple. The PM and his Cabinet are very insecure. They are afraid, of losing power.

Cartoonists like Zunar, draw and say what the majority of Malaysians are thinking, but are afraid to say out loud.

In Bukit Aman, IGP Khalid Abu Bakar, acting in tandem with Najib, must punish government critics, to warn the rakyat not to disagree with the government. This use of force shows a weak government.

There are many tell-tale signs that the government is scared, but Umno Baru must put on an act, for the benefit of the Malays, and to show that Umno Baru â€œprotectsâ€ Malays and â€œdefendsâ€ Islam.

Allah does not need a political party to protect Islam.

Last year, Eric Paulsen, from “Lawyers for Liberty”, tweeted thatÂ FridayÂ sermons were cultivating extremists. He is not the first to make such allegations.

So, to â€œdefendâ€ Islam, 20 policemen were sent to arrest Paulsen, as he ate dinner. Did they think Paulsen was going to resist arrest and fight them off, with his chopsticks?

There was a similar show of manpower and force, in 1998, when former PM Mahathir Mohamad, ordered the special police commando unit, clad in black and armed with machine-guns, to burst through the windows of Anwarâ€™s house, to arrest him. They should have tried the front door. It was unlocked!

One lawyer knows his Umno-Baru supporters well…that they enjoy sex and more sex.
He organised a roadshow, to titillate his audience with graphic and sordid sexual details, of the imagined trysts between Saiful and former Opposition leader, Anwar Ibrahim. Why besmirch Anwarâ€™s character, especially when Anwar cannot defend himself against these accusations.
.

The government is afraid. In trying to silence the government critics, Malaysia proves, to the world, that it is a police state. You, the rakyat have the power to oppose that. Solidarity and a firm resolve, are our best chance of changing Malaysia for the better.

So, will the Sarawakians listen?