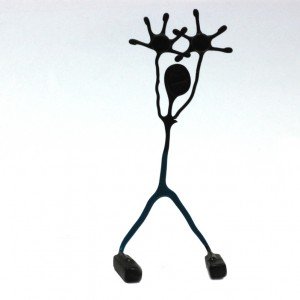 It is impossible to know what the hundreds of thousands of Malays truly want in the way of political reform. Most are reticent about presenting their real views. Others cannot articulate what they want without being emotional or illogical.

After being brainwashed by the likes of former prime minister Mahathir Mohamad and other extremists, most Malays have no clue what constitutes a real democracy.

All they know is that they do not want to lose their exalted position.

When Mahathir warned the Malays that they would â€œlose their powerâ€ if Pakatan Rakyat were to come to power, he also labeled Pakatan leaders a bunch of self-serving, racist politicians.

The Malays were the target of Umno-Baru brainwashing. For the past 57 years, Umno-Baru frightened these Malays and then demoralised them.

Mahathir told the Malays that the nation should be rightfully called Tanah Melayu, that the Malay is â€œtuanâ€ and that the constitution accords Malays â€œspecial rights and privilegesâ€.

It is all about power. By exercising control over the Malay mind, the power is Umno-Baru’s.

It doesn’t matter if the message is from Mahathir, Prime Minister Najib Abdul Razak, his deputy Muhyiddin Yassin, the Home Minister Zahid Hamidi or Ibrahim Ali of Perkasa.

Malays are kept in a hopeless and continually pessimistic state. The ministers give the Malay populace a low quality education but they send their own children overseas to be educated.

The policy of placing the Malay language at the forefront of education in the 1970s was ostensibly designed to unite the peoples of Malaysia, but also to control the access to thought and information of the Malay.

By placing limits to learning another language well, the government effectively blinkered the mind of the Malay so that it would become insular and regressive. How many Malay books or publications challenge the intellect or expand the mind?

Local Malays are told about the evils of Western democracy. They are not taught to be critical or think creatively. They are kept in the Felda settlements or rural areas as vote banks. Government and blue-collar jobs are easily theirs.

The only reason Umno-Baru wants to perpetuate the NEP is to benefit themselves. Najib may claim there is 1Malaysia, but in reality, there are 2Malays – the Umno-Baruputra Malay and the ordinary Malay who make up the rakyat.

How convenient then to attack the non-Malay as the root cause of the poverty and problems inflicting the majority of Malays.

Children of the Umno-Baru warlords may have access to superb education, but many of these children turned feral because this is what easy money from their parentsâ€™ corrupt lifestyle, does to them. Malay kids grow up to treat mat rempits as heroes or bully non-Malay children. This is the mindset moulded by Mahathir

The Umno-Baruputra adult goes drinking either in the KL clubs or abroad. He plays poker in his home with members of the judiciary or the police. He frequents casinos, for all night gambling sessions, when he is overseas.

At home, in Malaysia, he is the typical, hypocritical sanctimonious Malay/Muslim.

He toys around with women without getting into trouble whilst his lowly cousin, the ordinary Malay, is an easy target for the moral police. The ordinary Malay risks his life hiding from the khalwat squads by clinging onto ledges on high-rise buildings. If he is caught, he is fined, jailed and flogged.

In addition, can the ordinary Malay obtain licenses for big business? Can he buy expensive homes with big discounts? Will he have money to buy the shares that are allocated to Malays?

The answer to all the above is probably “no”.

How realistic is it for the ordinary Malay member of the rakyat to attempt to secure big projects worth several million ringgits?

Most of the small tenders (RM 500K-1 million or below) are transparent enough. However, there is no point in even trying for the â€œbig onesâ€, without political clout.

In 2011, the advertising agency behind the award-winning “Malaysia, Truly Asia” tourism campaign claimed that it withdrew a bid to renew its contract with the Tourism Ministry after being asked for bribes in exchange for the deal.

That is a serious allegation and sadly it is a true reflection of what happens in government tenders.

Malay friends of mine have found so many abuses in the tender system that they too, shun government contracts. Bribes are openly sought especially for the tenders worth millions of ringgits.

There is no point trying for tenders up to RM1 million as the people who will get them have already been selected. The ministry goes through the pretence of calling a meeting to ‘discuss’ tender requirements. It is all just a sham.

For tenders worth under RM10,000, a donation of a few thousand ringgits, to the ministry’s â€œsportsâ€ body is often a requirement.

A friend who successfully won a bid to supply goods (worth up to RM80,000) to a ministry, was asked to discuss the finer details over lunch and was instructed to meet at a restaurant in KL. My colleague and his assistant ordered the set lunch at RM20 each.

The three people from the ministry ordered the most expensive items on the menu which cost RM250 each. The bill for a “supposed” work-lunch was RM800. And there was no discussion.

Perhaps this is where the junior officials cut their corrupt teeth before they progress to the bigger contracts where they fleece unsuspecting companies for bigger and more expensive items, and not just a lobster thermidor lunch.

Is this what Najib and Mahathir are proud of – a corruption of the Malay race where there are no morals, no pride and even less self-respect?