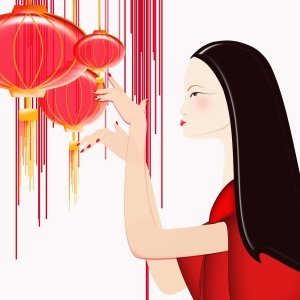 My family and I are Muslims, living in multi-cultural Malaysia. Some of the female family members are tudung-clad, while the actions of others would invite the scrutiny of Jais.

Are the tudung-clad women better Muslims? Certainly not! Our family are not as shallow as some bigots who think that the piety of a Muslim can be gauged by the length of material covering a womanâ€™s hair, and their aurat.

Most of my school friends were Chinese, with a sprinkling of Indians, Eurasians and children of European expatriates. During school assembly, at the Convent Bukit Nanas and later The Convent of the Holy Infant Jesus, the Lordâ€™s prayer was recited, while the crucifixes gazed down on us.

Did we have a fear of being converted? Of course, not! Nor did our parents take us out of school, fearful that we would become Christians. No family members and other Malay friends, displayed the siege mentality currently gripping Malaysian Muslims.

We looked forward to Chinese New Year (CNY), in fact to every festival. We enjoyed visiting our friendsâ€™ homes. In those days, we would walk or cycle – a big gaggle of schoolmates, eating, chatting and seeing how good we were at collecting ang pows.

Then, as now, we live in a neighbourhood which is predominantly Chinese. The nearest Malay is two roads away and he is married to a Chinese lady. As children, we looked forward to CNY, and just as eager and expectant, as the next Chinese child.

Leading up to CNY, our parents would receive boxes of Mandarin oranges and CNY hampers, complete with bottles of whisky or Cognac. Those were the days before â€œpolitical correctnessâ€ took over.

At times, a bottle of Wincarnis would find its way into the hampers and I remember the older makciks in the family saying that these drinks were good for the blood. â€œHeaty,â€ while adding that the tonic is â€œespecially good for nursing mothersâ€. I wonder what Jais would make of them, today.

Days before CNY, mother being a teacher, would be visited by her current, or former students, inviting her to their homes for CNY.

As CNY meant a few days off school, my cousins would join my siblings and me for a sleepover and we would look forward to the fireworks at midnight. There was little point of sleeping early, only to be woken up by the loud bangs. We liked to see which of our neighbourâ€™s houses had the longest and loudest fireworks display and which house would have the best red carpet the following day.

Even when fireworks were prohibited, we marvelled at how these items were so easily available in the local pasar, easily purchased, just like the blue movies which can be found in the pasar malam, hidden under the counters.

On CNY day, we would first pay our respects to our nearest neighbours. Food was plentiful and our neighbours, mindful that we were Muslims, would tell us which foods were halal, and which were not. We ate off the same plates as everyone else and used the glasses and cutlery that were laid out.

Like all good neighbours, our family would have contributed at least one dish, like rendang and pulut, or nasi himpit (compressed rice), to the vast array of food on our hostâ€™s dining table.

My recollections of the festivals, was that when our family celebrated Hari Raya, our neighbours would reciprocate with their signature dishes. An Indian neighbour would contribute putu mayam (string hoppers) and chicken curry. Our Chinese neighbours would cook pineapple tarts, kek lapis and fortune cookies. There were no issues about the butter being halal or any food item being of questionable origin. All of us would have been aware and respected one anotherâ€™s dietary requirements.

Some homes had lion dances and we marvelled at the acrobatic displays of the performers. After much merry-making, and consuming the obligatory kuih bakul, we would leave, sated and happy with at least a Mandarin orange and an ang pow in our hands.

Having returned from overseas, there was a sea-change in society. Although I would still continue what I did as a child, get invited to reunion dinners on New Yearâ€™s eve, attend open houses and parties, in the days and nights following CNY, and toss the yee sang two weeks later, some close Chinese friends quietly expressed their sadness, that very few Malays, if any, were willing to share the CNY celebrations.

Despite their claims that they would ensure the food was halal, and provide new paper plates and plastic cups, Malays still shied away.

One friend said, â€œWhat is the point if I have to order food from a Malay restaurant, and serve it for CNY? The idea is to partake in our celebratory dishes and cakes. We would have ensured that the ingredients were halal. Apparently, that is not good enough.â€

So, what happened to the tolerance of the Malays, and how did they forget they are living in multi-cultural Malaysia? The Malay can always ignore the Perak mufti, Harussani Zakaria, who forbade Malays from visiting their friendsâ€™ homes, during the festivals. They need not listen to the rantings of Ridhuan Tee Abdullah, the wannabe Malay.

One hopes that the Malays have not lost their ability to rationalise and can recover their Malaysian identity. Donâ€™t be the kambing korban (sacrificial goat) of Umno Baru.

(This article appeared in TheAntDaily for Chinese New Year)