Yin reiterates that the two big stumbling blocks to our country’s peace, progress and prosperity are race and religion. 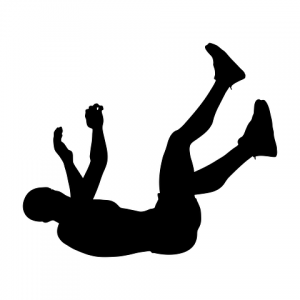 Malaysians are the final losers in this zero sum game we are playing. Let’s not beat around the bush; the biggest losers will be the Malays when the country goes downhill.

The non-Malays, toughened by decades of racial discrimination, have learned to be resourceful. They thrive even under the most adverse conditions. Worse come to worse they work abroad. During the Asian Financial Crisis of 1997-8; it was said that almost one in three households in Kampar had a family member working overseas to send money back; not just to pay for their family’s daily living but also to save enough for their children’s tertiary education.

Few would want to go overseas

Who wants to go abroad to work at menial jobs (often staying illegally). To be separated from family and friends; living in rented rooms they share with other Malaysians and living frugally.

Even in good times, the more ambitious go overseas to work and eventually to stay. When your own country discriminates against you there comes a point when you say enough is enough. This is the infamous ‘brain drain’ we have been facing for decades; and is still facing.

This need not be; there is enough for everyone. But it will be, as long as the present Race and Religion (and to some extent Royalty) Politics continue. 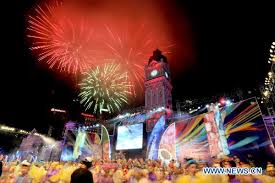 Sixty one years after independence we are still talking about the Two Rs plus one.

The last R is a small matter. The position of the sultans is very clear. They are protected by the constitution. They are constitutional monarchs. Thanks to Dr Mahathir Mohamad, they are now subjected to the same laws as you and I. They can’t club a caddy to death and get away with it anymore. Their powers are clearly spelled out. The problem arises when some of them forget their place and want to challenge those elected by the rakyat. They want to get involved in choosing the MBs and want to influence even the choice of Datuk Bandars. I blame the politicians for this. Recently, the Perak MB allegedly said that a new mayor has been chosen for Ipoh and it has received the approval of the sultan. Do we need Tuanku’s approval? Ahmad Faisal Azumu was elected to serve the people not submit to the wishes of an unelected monarch. But as I said this is a minor problem. It only requires our politicians to show some spine.

The two big stumbling blocks to our country’s peace, progress and prosperity are race and religion.

This continued racial discrimination is not doing the country any good – least of all the Malays. I empathise with their fear of being overrun if there is an economic free-for-all. I am 100% for affirmative action but as has been pointed out time and again, affirmative action is different from racial discrimination. Our constitution provides for the special privileges enjoyed by the Malays. Our founding fathers recognised the need to uplift the Malays by giving them some advantages – not forever, but until they are level with the others economically.

What followed is something totally different. Ketuanan Melayu has little to do with uplifting the Malays. It has only helped the powerful and influential Malay elite (and their non-Malay cronies). That is why the elite Malays are so set on defending this, because it affects them most. They are doing it for themselves – not the Malay masses. Bumiputraism does not help to bring the Malays to the level of the others professionally, academically and in business. How can it when you lower the standard in everything to ‘protect’ what you perceive as Malay interests.

Today, mediocre is not enough. It’s a tough and unforgiving world out there!

The government is not doing the Malays any favour with its racial policies.

As if we don’t have enough problems, now we have conservative/radical Islam rearing its ugly head.

The racist/religionist elements are firmly embedded in government – both the civil and uniformed services. This is the deep state our elected representatives have to contend with.

We do not live in a bubble

Ultimately Malaysians have to realise that we do not live in a bubble. Malaysia has to compete with the rest of the world. Unless we field our best team we will lose. If we insist on fielding players of only one race we will be overtaken by the likes of Myanmar and Bangladesh.

And if the Malays think that it’s okay as long as the other person is a Muslim brother; think again. An Indonesian or a Bangladeshi – although Muslim – are not Malaysians. They have their own culture. In the case of the Bangladeshi, speak Bengali. They are not Malaysians even though you give them citizenship – being Malaysian is not just about a piece of paper.

The Chinese and Indian Malaysians are closer to the Malays than they care to admit. We share the love for the same type of food. We enjoy the same jokes. We have proven our love for our ‘tanah air’ by spilling our blood for this country. Our relationship goes back generations – we are brothers. If not for the conversion to Islam issue, there would have been more inter-racial marriages with Malays – this is the answer to a true Bangsa Malaysia.

The strengths of our multi-racial population

We should be playing to the strengths of our multi-racial population, not try to kill it. The government has attempted assimilation before (The National Culture Policy) and failed.

Even Indonesia with a Chinese population of only 3% of the whole, has accepted multiculturalism hence their national motto: “Bhinneka Tunggal Ika” (Unity in Diversity).

Let’s forget this silliness of the two Rs. We don’t need the distraction, we have enough on our plate.

As a nation of equal citizens where the have-nots and less-able are given a hand up (not handouts) and where we use our best talents, we can win. If not, everyone loses.

Playing the two Rs is a zero sum game and the biggest losers will be the Malays.