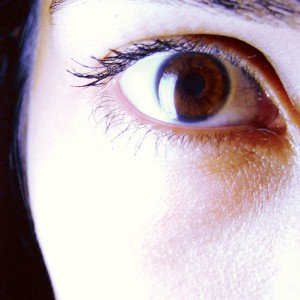 This is her experience as recounted on 6 June, 2015

Threatened with rape by the police. Reduced to fear by people whose job is to protect the rakyat. Arrested for upholding her rights, but was vindicated by the public, who were outraged by her experience. More shocking is the police inaction. Are they hoping the victim will give up her fight for justice?

That is what happened to 21-year-old Maisara Amira, who was exercising her democratic right in a peaceful protest against the GST. She said, â€œPeople joined the rally to demand improvement for our country. The new generation demands change for a better future.â€

She went to the aid of a friend, in the GST march, and both were arrested. The only woman in the group of 23 detainees, ended up being remanded for four days, during which time, she was fingerprinted and photographed.

She experienced no problems during her remand and said, â€œI gave my statement and filled out an assessment form. The police treated me well, but everything went wrong, on Tuesdayâ€.

The date of her release was Tuesday, May 5, and she was sent for further questioning.

She said, â€œI exercised my right to keep silent, and to stop incriminating myself. They even checked my Facebook profile, to extract information about me, but I maintained my right to remain silent.

â€œThey kept switching people during questioning, but I recall six policemen and one policewoman. Although it was difficult to focus, I recognised them.â€

The right to remain silent is enshrined in the Constitution. Maisara denied the claim by the police that her silence showed her unwillingness to cooperate. She alleged that a plainclothes Malay policeman said, â€œDo you want me to rape you? It is just you and me in this room. The room has a camera and microphone, and I can get rich from selling the recording.â€

Shocked at the rape threat, she said, â€œMy spirits plummeted and I was scared. His words were disturbing. Nobody wants to be raped and nobody likes to be treated that way.â€

She expressed her loss of respect for the policeman and other people in authority who abuse their powers.

Being aware of her vulnerability, she said, â€œHe crossed the line and I need to take action against him. This threat should not have been issued. This is a serious matter. I am not seeking publicity but I demand justice.â€

She is aware a lawyer has to be present during the police interrogation and said, â€œAfter he (the policeman) issued the rape threat, he tried to be gentle with me, so I would cooperate with the policewoman.

â€œHe warned that if I refused to cooperate, he will order the policewoman to leave the room and he will enter.

â€œWhen I finally agreed, he left the room and I started to cry in front of the policewoman and cooperate, just as he had wanted.

â€œI didnâ€™t tell the other policemen because I mistrust them. I just wanted to go home and rest.â€

Rape and the threat of rape, appears to be deployed by the policeman, to sow terror and also as a strategy of power and control. Maisara was questioned about anarchy and events during the May Day rally.

Maisara said, â€œThe rape threat was used as a political weapon and to take advantage of women. He used it to attack me because he knows rape is a sensitive issue.

â€œWe live in a sexist society and need to fight sexual harassment, violence and sexism. Some people use rape as a weapon to attack women.â€

The 21-year-old, who works part-time, to help fund her further studies in Political Science is aware of the claim that Malaysian women have very little protection against sexual harassment or violence. She is reminded of Nurin Jazlin, who was raped, then murdered, and whose family continue to fight for justice for her.

Defending her decision to go public, Maisara said, â€œIâ€™m not giving up. The policeman is responsible for his deeds, and his behaviour affects the image of the authorities.â€

Her anger turned to disappointment, â€œThey are not treating this case seriously. They have not called me, to identify the suspectâ€.

Maisara encourages other women to speak up saying â€œRape threats are not acceptable. Women should not be blamed. It is not OK to humiliate women.

â€œThis is about morality and dignity .We need to change our mentality and protect each other. Rape and the threat of rape, has nothing to do with religion, race, age or features.

â€œPeople should open their minds and liberate themselves. I will fight for my rights and never surrender. I want other women to feel safe, when in police custody, and the police must guarantee this.â€

The police appear to be dragging their feet over the investigations. How will things progress for Maisara, after her public denouncement of the policeman, who threatened to rape her?

Maisara wants to encourage young women to voice their thoughts openly. She said, â€œWomen must be brave, and as responsible members of society, must help to end sexism, sexist exploitation and oppression.

â€œMy family are worried but the response of the public has been amazing. I am thankful for their support and encouragement.â€