Three videos on a sexist MP and his son 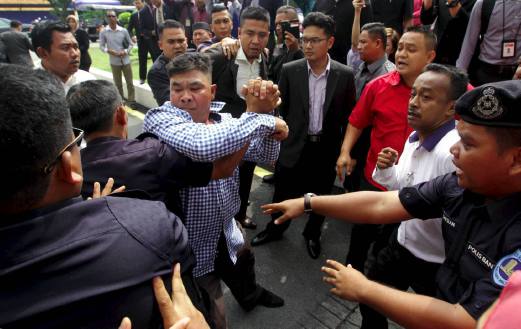 At 4.07 minute, the Umno-Baru MP, Tajuddin Abdul Rahman,  refers to Teresa Kok, MP, for Siputeh, as “the only woman with a kok”.

This was in parliament.

The Deputy Speaker refused to censure the sexist MP. Tajuddin probably thought he was being macho and clever.

When Tajuddin was labelled “sial” by another MP, he was hurt and hopping mad.

Tajuddin should apologise, but he won’t. He is too arrogant.

In “defending” the dignity of his father, he led a riot in parliament. So clever-mah

Police confirms that Tajuddin’s son is amongst the rioters to be charged.