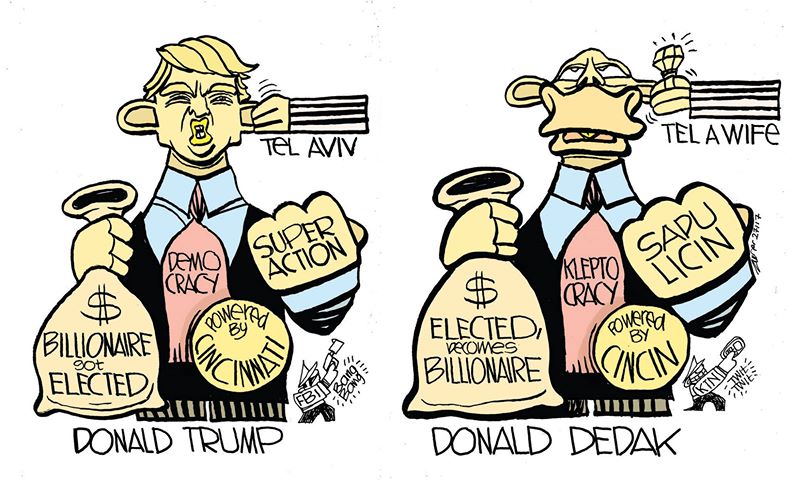 Malaysian cartoonists, Reggie Lee and Universiti Teknologi Mara’s Cartoons and Comics lecturer, Professor Muliyadi Mahamood, could both be described as people who play it safe, and keep their heads below the parapet.

Lee said that although Zunar was a very good cartoonist, he disagreed with Zunar’s focus on a small group of character, and advised Zunar to diversify by drawing other people.

The characters Lee alluded to, are the Prime Minister, Najib Abdul Razak and his wife, the self-styled “First Lady of Malaysia” (FLOM), Rosmah Mansor. As far as Zunar is concerned, these two are the only decision makers in Malaysia, and they should be held responsible for all Malaysia’s ills.

Professor Muliyadi said that Zunar was too provocative and not just critical; however he did praise Zunar for his role in reviving Malay political cartoons.

When discussing censorship, Reggie said that he practised self-censorhip, because he had no desire “to give problems to the editors”. On the other hand, Muliyadi alluded to the strained  environment, caused by media ownership, government policies and the Printing Presses and Publications Act 1984.

The foreign cartoonists must have been puzzled by Malaysian cartoonists’ self-censorship and restraint. They said that there was very little censorship in their respective countries and they enjoyed complete freedom when drawing cartoons. 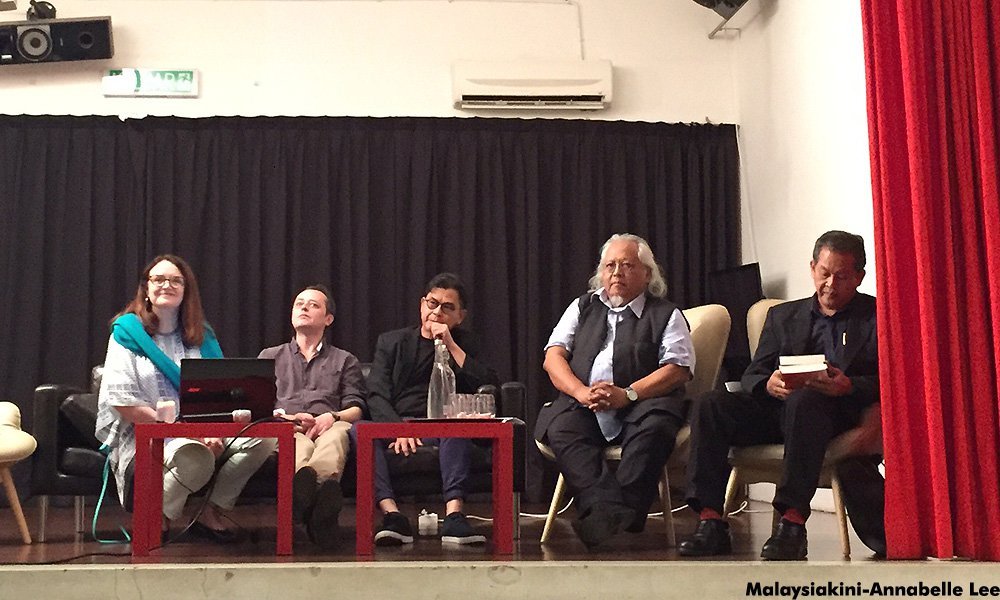 Our right to criticise

Whilst it is within Lee and Muliyadi’s right to criticise and advise Zunar, they must have observed, that the more repressive the regime, the less one is able to criticise the dictators.

What is wrong with provoking, especially when the normal ways of ensuring, that those in authority are more accountable and transparent, have failed? Provocation may be a method of getting a message across to the decision makers, especially if the institutions of the state have lost their independence.

Most husbands like to know that their wives are spending the housekeeping allowance wisely, and not spending it on mahjong, or beauty treatments, to the detriment of the rest of the household. An intelligent rakyat has an even greater incentive to monitor an administration that is allegedly corrupt.

When a cartoonist draws, he does not do it to please the editor, or the leaders of the nation. Any cartoonist, worth his salt, will focus on his trade, which is the art of articulating what the people are thinking.

Zunar is not a social cartoonist, who illustrates the niceties of our daily lives. He is bold, up-close and personal. He draws our attention to the corruption, the abuse of power and the injustices that are  perpetrated by the corrupt.

His canvas is not cluttered with scenery, or an idyllic social scene. His brush strokes convey what you need to know. There is nothing sinister or seditious about his work, unless you are his subject.

Instead of telling Zunar how to become more acceptable, Lee and Muliyadi should have praised him for being daring, whilst at the same time, being funny and unafraid of speaking the truth.

One glaring question stands out. If this was a talk on press cartoonists and society, why was Zunar not invited? After all, he was once a mainstream cartoonist, although he fell from grace, and the administration rejected his drawings.

Zunar’s presence at the forum, would have made the discussion more lively. What a wasted opportunity unless, of course, Alliance Française were practising self-censorhip, so as not to upset the authorities, and did not want Lee and Muliyadi to be embarassed and overshadowed, by Zunar’s presence.

It is our fundamental right to speak out and provoke. 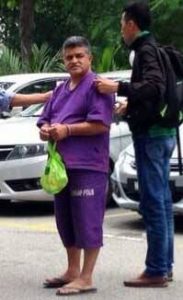