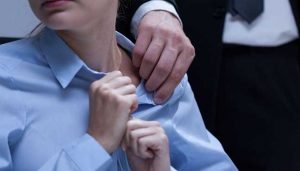 The Johore Permaisuri, Raja Zarith Sofiah Sultan Idris Shah, summed-up the rakyat’s response to paedophilia perfectly, when she said that Malaysians do not really care about children who are affected by sexual predators. Is this the reason for Malaysians’ laissez-faire attitude to allegations of sexual abuse amongst the older population?

Last November, Raja Zarith was trying to raise awareness of paedophilia. She posted details on the seminar, but was disappointed by Malaysians’ lack of response to her appeal. She sarcastically said that Malaysians would probably show greater concern for her lunch menu, than for abused children.

Was there a cover-up at the World Wide Fund (WWF) Malaysia?

Last month, the reputation of the UK based charity, OXFAM was trashed when various women alleged that food and cash was exchanged for sex. The damage inflicted went from bad to worse and the public helped to lead the charge against the charity.

The allegations snowballed and reached epidemic proportions, and the administration was forced to take a serious look at the matter. The government threatened to stop OXFAM’s funding, various celebrities and clergymen demanded that their names be removed from the list of patrons, and many individuals and corporations stopped  their monthly donations to OXFAM. Its Deputy Chief Executive resigned and regional overseas directors, risk further action.

It appears that he management of the WWF Malaysia are suffering from the same morality deficit. Despite reporting sexual improprieties to the managers of WWF-Malaysia, former workers claim that their complaints were dismissed or brushed under the carpet.

Last week, the organisation initiated an investigation into the claims, but only after the complaints had been publicised in the social media and the mainstream news.

Will management take action, only after the scandal is aired on social media?

Why have the problems become so great? What use is the Human Resources Department, if the allegations of workers are not taken seriously?

The executive-director of WWF-Malaysia, Dionysius Sharma, labelled the allegations “troubling” and said that they would investigate the matter and contact those who felt victimised.

This action is better late than never, but why did the organisation fail its former employees in the first instance? Are these perpetrators well-connected?

Was WWF-Malaysia afraid to expose the sexual predators in its ranks? Surely addressing the victim’s concerns and cleansing the organisation of these people should have been its main objective, rather than protecting its reputation.

A few months ago, I wrote about the scandal involving the 56-year old MIC branch leader who pestered the mother of a teenager, to urge her daughter to have sex with him. He promised the teenager employment, but only if she had sex with him.

How many of his victims were afraid to come forward? Why should he escape scot-free? Do the parents and MIC not care about the shame, the pain and the lack of morality?

The allegations of sexual misconduct in the WWF-Malaysia may also be the tip of the iceberg. How many other women have been the victims of this former worker? Are there any other sexual predators in WWF-Malaysia.

What about the other charities? Are they clean of sexual crimes?

Sexual abuse can happen in schools, factories, charities and political parties, but we are slow to act. Where is the political will to reduce the exploitation of women, especially as International Women’s Day falls today, 8 March.

In other parts of the world, the citizens will lead huge protests to demand that the authorities take immediate action, but Malaysians appear not to care.

Where is the voice of our Minister for Women?

Why is the Minister for Women, Family and Community Development, Rohani Abdul Karim,  silent about the serious allegations against the WWF-Malaysia? She should demand an immediate investigation into organisations, charities, ministries and companies, to ensure no men or women are victims of sexual exploitation.  Her silence is damning.