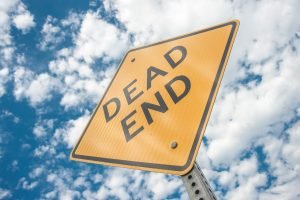 P. Ramakrishnan questions the legality of Umno, the party, and the impotence of the Registrar of Societies (ROS), to act against Umno.

He says, “The rules guiding and governing political parties are the same. In accordance with the rule of law, the law must be applied equally and neutrally; in short, without any bias. Similarly, no double standard must exist. .”

Umno is dead – ROS must bury it!

P Ramakrishnan: Umno exists leaderless and structure-less! Branches have not held their meetings and elections in keeping with its constitution. The same goes for the divisions. They have not met and elected their leaders. As a result, it follows that the Supreme Council leaders could not be elected as provided for in the Umno constitution.

Umno was eligible for one postponement for the election of its leaders at all levels – branch, division and national. This right was last exercised in accordance with its constitution on June 26, 2015. After that, the elections were postponed by 18 months from Oct. 16, 2016 to April 19, 2018.

But elections were not conducted within the extended 18-month period. This non-observance of its constitution has rendered Umno formless and leaderless. In the circumstance, at law, Umno does not exist as a lawful entity. After April 19, 2018, Umno had ceased to exist!

To put it in another way, Umno is dead!

Any other party among the ranks of the Opposition in a similar situation would have spurred the Registrar of Societies to act immediately. The RoS would have thrown the rule book at the defaulting opposition party and deregistered it summarily.

The rules guiding and governing political parties are the same. In accordance with the rule of law, the law must be applied equally and neutrally; in short, without any bias. Similarly, no double standard must exist. There are no other provisions in the Umno constitution to keep it alive.

The rule of law declares Umno dead. Now the RoS must act according to the law and bury it by deregistering it!