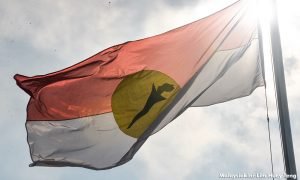 P. Ramakrishnan questions the legality of Umno, the party, and the impotence of the Registrar of Societies (ROS), to act against Umno.

He says, “It is very obvious that up till the time of writing, no such branch and divisional elections have been carried out, rendering the existence of these branches and divisions illegal under the law.”

Umno is illegal – Bar it from elections!

One lawyer claims that Umno is a legal party; another lawyer questions its legality.

Tengku Adnan, a lawyer and secretary-general of Umno, cannot be expected to say anything otherwise; whereas Tan Sri Rais Yatim, a lawyer and former cabinet minister, argues that under the law Umno’s legality is questionable.

Instead of chipping in with rational and sensible views to state his point, a third lawyer who is the caretaker culture and tourism minister, Dato Seri Nazri Abdul Aziz, with his usual brand of sarcasm and asinine logic tells Rais, “Since when did Rais become the director-general (of RoS)? I think that after this, he can apply for the position on a contract basis. He can do the job if he thinks it is not being done right.”

In other words, Nazri is telling Rais to accept the ruling of the RoS as authoritative, final and beyond question. In short, Rais has no right to dispute the decision of the RoS.

What utter rubbish is this? Alas, Nazri has said this without regard to the general rule that while discretionary powers are necessary, they are always subject to review.

Yes, Nazri is the same person who unfairly, unjustly and crudely lambasted Robert Kuok recently and was soundly trounced by thinking and caring Malaysians.

He seems not to realize that any decision can be questioned and challenged. It does not mean that when an official holding an authoritative position in government service makes a decision, that decision is final and beyond challenge. It is possible that a law can be misunderstood and misinterpreted resulting in a wrong decision. In that case, such a decision is open to dispute.

“The RoS (director-general) must show that she has the power to override the Umno constitution under Clause 10,” Rais said, pointing out that party rules only provide an extension of the party’s leadership elections for a further 18 months from the date of postponement.

Any further extension beyond this date – i. e., April 19, 2018 – is unconstitutional and in conflict with the law.

Implication of the postponement

It is very obvious that up till the time of writing, no such branch and divisional elections have been carried out, rendering the existence of these branches and divisions illegal under the law.

And since the supreme council election was not carried out by April 19, 2018, the entire supreme council is an illegal body that cannot function under the law. Under the circumstance, Umno is not a legal entity and therefore cannot contest in GE14. This is what the law says – irrespective of what the RoS may say or claim. She is not the final authority.

Just like the RoS decision to temporarily dissolve Bersatu that prevented the Pakatan Harapan (PH) from using the common logo of the coalition for GE14, Umno’s present predicament also does not permit the Barisan Nasional (BN) coalition to use their common logo – the dacing.

Rais has recommended that Umno should go to Court to establish its legality. That is a sound approach. But this issue of legality or otherwise must be adjudicated by a panel of senior Judges that should include respected retired Judges as well.

In any event the Chief Justice of Malaysia, Tun Md Raus Sharif, and the President of the Court of Appeal, Tan Sri Zulkefli Ahmad Makinudin, must not sit on this panel. Their controversial appointments beyond the compulsory retirement age are contentious and deemed illegal by many legal minds in the country and their involvement may be a case of conflict of interest. After all, they were recommended for their questionable appointments by the Prime Minister who is also the president of Umno, and the legality of their appointments is now hotly debated. Given this background, both of them should not sit on the panel that is going to decide on the legality of Umno.

Umno must function within the framework of the Umno constitution. Umno cannot claim rights that are not provided for in its constitution. The role of the RoS is to ensure that Umno does not deviate from the provisions of its very own constitution. And the RoS does not have the power to extend Umno’s authority beyond what is stated therein.

The RoS has no special powers to override the Umno constitution. Her duty is to enforce the constitution and ensure that Umno functions within its lawful framework. It is as simple as that!