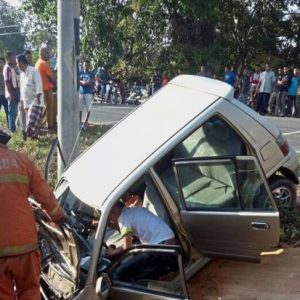 The dangers posed by people who drive without licences are a bigger menace than most people realise.

Last Friday, in Kuala Nerang, a 16-year-old girl, allegedly took her father’s car, without his permission, and invited her 16-year-old friend to accompany her on a spin.

Rubber tapper, 65-year-old Lijah Mat Hashim, a motorcyclist who had come out of a lane and had tried to cross the road, was then struck by the teenager. Her body was dragged for at least 21 m before the car that struck her, and also her motorbike ended up in a ditch.

Lijah, who died on the spot, leaves a husband and six grown-up children. The two teenagers, including the unlicensed driver, were taken to hospital.

The father of the 16-year-old driver claimed that he did not know why his daughter had taken his car without his permission, and that she had not driven it before.

Why does he think this is the first time?

There have been several instances, in the past, when parents have claimed not to know that their children had taken their cars for a jolly. Shah Alam teenager, Aminulrasyid Amzah was one such boy, and as the recent Johore Baru cycling tragedy has shown, many Malay parents really do not know what their children get up to. Even if they knew, they would simply shrug their shoulders and say that there was nothing they could do, to force the children to stay at home.

Is this one of those cases?

Someone with no license would not know how to control a car, nor would she know the highway code. Was this teenager speeding? Was she larking about with her friend, and failed to notice Lijah coming out of the lane, to cross the road?

What about Lijah. Had she shot out of the lane, without stopping to ensure the road was clear, assuming that drivers would give way? In Malaysia many kapcai riders tend to weave in and out of traffic, fail to signal and also ignore basic traffic rules. Did Lijah, have a license?

For Lijah’s body to be dragged 21 m, suggests that the car was speeding. Or the teenager panicked and accelerated instead of braking.

Cast your mind back to October 2010, when an unlicensed bus driver, who worked for a  charter bus company, was involved in an accident at Genting Sempah, in which  seven teenagers were kileed. We read about foreign lorry and taxi drivers being unlicensed only because they were picked-up in a raid.

Is regular enforcement conducted and are unlicensed drivers punished?

When will parents instil a bit of discipline into their children? Have they no house rules, or sense of right or wrong? If the child wants to learn to drive, pay for his driving lessons. Teach him to be a responsible road user.

When will the individual learn that road rules are to be respected. The rules help make the roads safe for all road users.

Well connected and wealthy people, who drive without a licence, rely on bribes and “kabel” to prevent inconvenience, if they are caught in a traffic incident.

We do not have all the facts concerning this accident. One or both parties could have been responsible for the crash.

Nevertheless, discipline should start at home. A negligent parent will bring up an irresponsible child. A parent who does not lead by example, will teach his child the wrong values.

All motorists should be more responsible and drive with more consideration for other road users. They should not trust to fate.

Unlicensed drivers who risk other peoples’ lives should be severely punished. They risk their own lives, and also other people’s lives. 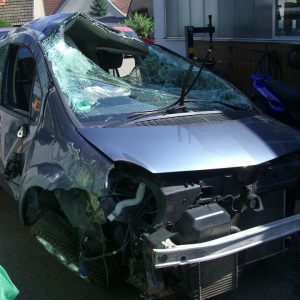