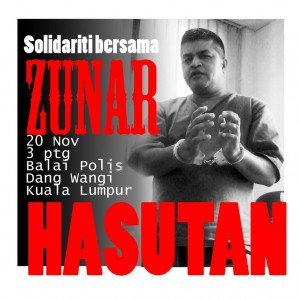 Zunar derives much material for his creative craft by observing the Malaysian government. The only problem is that as soon as he finishes his cartoons, depicting the stupidity, folly, extravagance, greed or idiotic nature of our politicians, the government is incensed and wants him locked-up. Apparently, cartoonists are more dangerous than cold hearted crooks.

A month after the Appeal Court lifted the ban on Zunarâ€™s books, â€œPerak Darul Kartunâ€ and â€œ1Funny Malaysiaâ€, the comical Cabinet of Najib Abdul Razak decided that it would appeal the decision to lift this ban. Soft targets like cartoonists are easy pickings when compared with organised criminal syndicates and thugs.

A few weeks ago, outside the court where Opposition leader Anwar Ibrahimâ€™s Sodomy 2 trial was being held, Zunar was arrested and told that he had criticised the judiciary. Apparently, the mop, which he wore on his head, which resembled a judgeâ€™s wig, had mocked the judiciary and the nationâ€™s leaders.

Zunarâ€™s sales assistant and web-master were detained. The Bernama news agency wrongly reported the arrest of his wife, but quickly issued an apology, fearing a lawsuit from Zunar.

Zunarâ€™s cartoon books and cards were also seized. The demands to release his stock, have been met with silence… but there have been unconfirmed reports that uncontrollable laughter had been heard in the basement of the police station where it is believed that the cartoon books have been stored.

This is Zunarâ€™s second arrest in his cartooning career, and on Thursday 20th November 2014, he will be investigated under the Sedition Act for his cartooning activities. The arrest of a man, whose only weapon is his pen, coupled with the government appeal against the lifting of the ban on his books, must be a world record.

Please turn up at the police station to support Zunar. This will send a message to the authorities that bullying will not work. 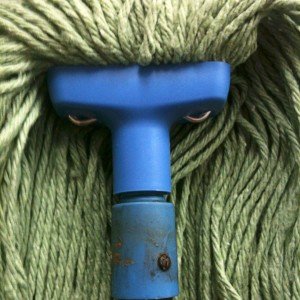 If the government does decide to charge Zunar, the trial will be a comical event. Zunar will have to wear the white mop-head, to present this evidence to the court.

We all look forward to the reaction of the judges, with their white wigs, staring at Zunar, with his white mop-head wig.

Perhaps, if it came to trial, we should all wear a white mop on our heads to show solidarity with Zunar, and prove to the authorities how ludicrous they are. What are they going to do? Arrest all of us?