Vision 2020 may not have been realised, but there is a chance we could still become a developed nation. The solution is simple, but will the politicians listen to the people? 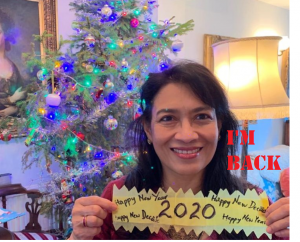 Most of the old timers and those who are stuck in a time warp, need to realise that the old political ways of the past five decades, where race and religion dominated, are no longer applicable.

Prime minister, Dr Mahathir Mohamad and his cabinet, must not thwart the will of the people, who want a new and progressive Malaysia.

Malaysians have been failed by a lack of leadership and thus far, there has been no-one, who has the gumption and the courage to be radical, and throw out the old ideas and be progressive.

The people who called themselves prime minister, were not leaders. There were only managers. For decades, we merely had second, perhaps, third-rate managers, who did not lead.

They continued the failures of the previous leader, they made things worse, instead of resolving or getting rid of the mess they inherited from their predecessors. All they did was to muddle along whilst massaging their egos. Meanwhile, their families and cronies feathered their nests.

In his New Year message, Mahathir blamed the fifth and sixth PMs for failing the nation to achieve Vision 2020, which was for Malaysia becoming a developed nation by 2020. The fault is also his. He chose them as his successors. Some of our problems had roots in his first tenure as PM. His policies were not challenged.

Mahathir first launched Vision 2020 three decades ago, but because of the previous poor leadership, said that the plan for developed status would have to be extended for another 10 years.

He also acknowledged the dissatisfaction of many Malaysians and said that his administration would respond to the critics and continue to develop the country. He also urged the rakyat to welcome and help implement the various initiatives which the government had introduced.

Having suffered decades of the rule of mediocre politicians, it is important that in 2020, the rakyat draws on their inner strength, and with the help of civil society, guide the Pakatan Harapan administration.

In GE-14, we showed the fence-sitters and doom-mongers that when there is a will, the disgraced Najib Abdul Razak and his Umno-Baru, could be overthrown. As of 2020, we need to be more forceful, disciplined and focused.

A truly developed nation is one where children are taught about integrity and honesty. It is not about parents and teachers telling children that they are of a superior race, or their religion is better than others.

A developed nation is one where schoolchildren receive a fully, rounded education and are not only taught to pass exams.

Think of the environment

If Malaysia wants to become a developed nation, it must do more for the environment, rather than raping the forests, soil and seas, for treasures that can make politicians and their cronies more money. Mother earth can only support so much abuse. We need to be more responsible.

Developed nation status cannot be achieved when people place more emphasis on rituals, than preserving their cultures and heritage.

We will be able to call ourselves developed, when the government does not oppress those who criticise its policies.

Vision 2040 is possible . So, which MP will be brave enough to start the ball rolling and lead the way?