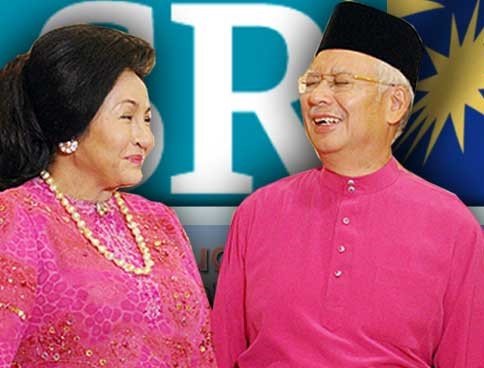 One of the main reasons Najib Abdul Razak cannot leave office, yet, is because without the self-styled First Lady of Malaysia (FLOM), Rosmah Mansor, cartoonists like Zunar, hairdressers, tailors, and activists, will lose their jobs.

As we approach GE-14, the FLOM is needed more than ever, to fuel our demand for a change of government. Without Rosmah, there is no catalyst for change.

The nation cannot live without the FLOM.  She is sensational and makes waves wherever she moves.

When she talks about her hair, the news is enough to make us tear our hair out.

She empathises with our suffering. So, to allay our fears about the GST being implemented, she says that she worries about her RM1,200 hair dressing bill. Our reaction is to go ballistic.

Every woman likes to deck herself in gems, but the FLOM can’t even do that without the rakyat scrutinising the cost of each carat. She encourages people to save, and suggests that we should start as teenagers, as she did. Again, we refuse to listen.

The FLOM is under pressure and so shops overseas, away from the prying eyes of the Malaysian public. Poor Rosmah just cannot win as we accuse her of “abusing the use of the ministerial jet”.

When she was alleged to have taken funds meant for Permata, she showed the inside of her handbag and proved her critics wrong.

Everyone, including Najib’s own Umno-Baru party members are dismayed by his poor leadership. They want him to resign or be sacked, but a successor has not been identified.

The Opposition is going through a tortuous phase, and PAS distracts the nation with their carefully timed hudud bill, to deliberately distract us from major issues like 1MDB, Najib’s family’s unexplained wealth, GST and the rising cost of living.

From frying pan to the fire

The following replacements possibly don’t want to jump from the frying pan into the fire. If there is a change, the rakyat may find themselves jumping into the fire.

Hishammuddin Hussein was ineffective as Home minister and Defence Minister. His handling of the Lahad Datu incursion was disastrous.

The nation is plagued by rising crime and we do not need Deputy Minister Ahmad Zahid Hamidi and his fondness for the Malay gang, Tiga-Line, to make it worse.

Ousting Najib is not as simple as it sounds. Removing only Najib, is not enough. The only solution is to get rid of the whole Umno-Baru and Barisan Nasional (BN) outfit.

By GE-14, Malaysians, will have forgetten most of Najib’s poor leadership and failures in office, especially when gifts of milo, baby milk powder, bags of rice and money, dim our memories.

That is why we need Najib, or more importantly, the “FLOM”, to fuel our desire for change. Like Heineken, she refreshes the parts other beers cannot reach.

Are you registered to vote?