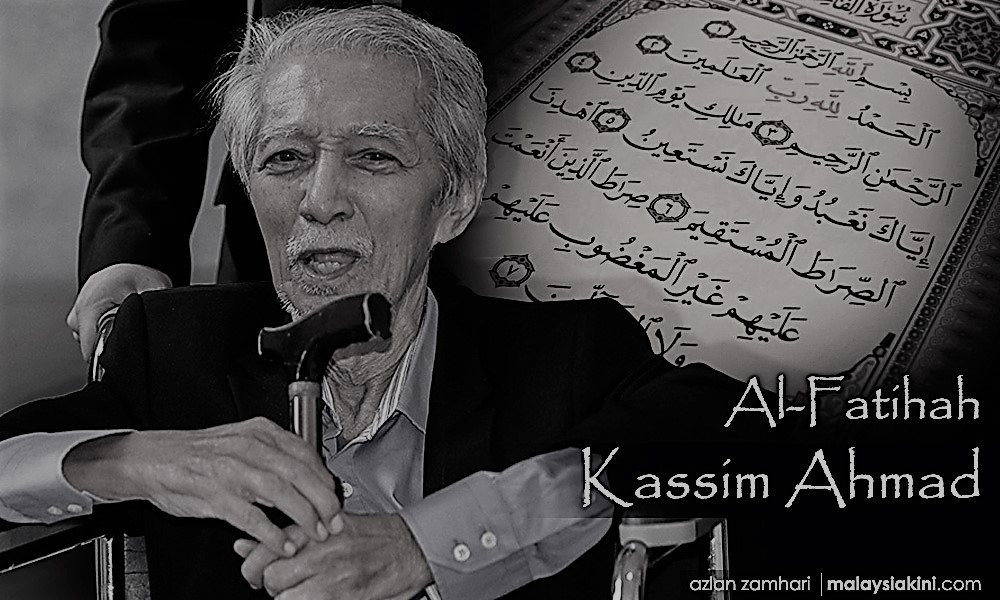 JAWI, which is the Islamic authority for Federal Territory, contributed towards Kassim Ahmad’s death. No two ways about it…They are responsible. How could they hound an 82-year old man, persecute him, humiliate him, make him appear in court on successive occasions, all because he used his brains to think and was not afraid of them.

It is so obvious, that officials from the various religious authorities CANNOT handle Muslim scholars giving talks….remember the Turkish Mustafa Akyol, who was detained and deported last week?

Talk about a lack of compassion!

Malaysian religious authorities make Muslims recoil in horror and force non-Muslims to wonder what sort of people the religious officials are. They can be described as:- Inhumane. Illiterate. Imbecilic. Irrational.

In a special article, his good friend and lawyer, Rosli Dahlan,  wrote about the harassment of Kassim Ahmad by JAWI, after the Malay intellectual gave a talk at the Perdana Foundation in Putrajaya.

After the talk, the media reported about it and this was when Jawi decided that they had to persecute Kassim.

The officials proceeded to break down his front door, and in the presence of his wife and grandchildren, humiliated him. Why do this to an 82-year-old man? He was neither a criminal nor a thug. He was an intellectual and the officials acted like bullies.

The officials also videotaped and photographed Kassim without his consent, before they wrongfully arrested and detained him.

They then bundled him into a van for a six-hour ride to Penang Airport where they forced him to board a flight to Kuala Lumpur.

At Kuala Lumpur, Kassim was interrogated throughout the night, and on the following day, had to appear at the Putrajaya Shariah Court.

Rosli said that the charges levelled against the Malay scholar were defective.

Kassim’s wife, who had travelled to Kuala Lumpur from Kedah was prevented from posting bail for him, and so he was forced to search for two Wilayah Persekutuan residents to bail him instead.

His illegal detention continued. He was forced to make journeys to KL to appear in court.

JAWI officials represent all that is wrong about how Muslims should behave. Shameful!

The Malays have lost a great Muslim. Kassim Ahmad was tenacious, committed, courageous and intellectually superior to those people who claim they know Islam.

Malaysians have lost a true friend and a great man.