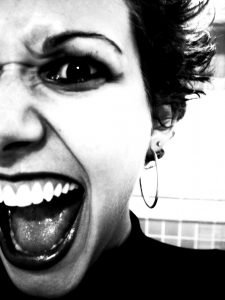 These are the questions I would like to ask Mastura Yazid, the phantom candidate in the Kuala Kangsar by-election.

We cannot ask her because she has been isolated at home, by Umno-Baru.

Whydid they do that? Is it because she will give the wrongs answer and put Njib Abdul Razak and Umno-Baru in a bad light?

Do you think you are being used by Umno Baru to gain sympathy votes?

Ahmad Zahid Hamidi, the Deputy PM, said that you have a lot of experience in national politics, because you used to accompany your late husband, when he was the ADUN and later, an MP.

Do you agree that when politicians die, their spouses can take over, just because “they used to accompany their spouse”? Isnâ€™t Zahid treating the electorate like fools?

Muslim working women, who are widowed, cannot stay away from work, and public spaces, for 130 days. Umno-Baru says you can!

Women make up 50 percent of the Malaysian workforce. Factories, agriculture, offices, schools, universities, hospitals, shops and the civil service, would slow down. The economy will suffer multi-million ringgit losses, if Muslim women were to emulate you.

What are your views on this?

Umno Baru consulted the National Fatwa Council and the Perak mufti, Harussani Zakaria, to show the electorate that religious leaders consented, to your candidacy, whilst observing the â€˜iddahâ€™ (mourning) period.

You may have started a dangerous precedent, if other Muslim widows demand 130 days off.

Do you think employers who receive an official recommendation from the religious department must agree to a widowâ€™s request for 130 days leave?

5. Religion made a contentious issue.

Some employers are anxious when women take long leave for childbirth, or to nurse sick children. The â€˜iddahâ€™ period, will make employers prefer men, and non-Muslim staff. A person, even a Muslim, with a business to run, would think twice about hiring a woman.

What are your views about this?

If you agree to Muslim widows observing â€˜iddahâ€™, should this rule extend to Indonesian Muslim employees in the pasar, kedai runcit, restaurants, and maids? How will you enforce this?

Financial scandals prompted many Muslims to withdraw their savings from Tabung Haji. The body which administers Zakat is allegedly mismanaged and its leaders incompetent. It is difficult for the poor to obtain zakat money.

What are your views about Tabung Haji and the Zakat fund.

You are a lawyer, trained at Lincolnâ€™s Inn. You practised law for seven years. Muslim women claim syariah law discriminates against them.

Do you agree that Malaysia can have at least two systems of law – Syariah and civil law? What are your views on hudud?

Are you against sex education in schools? How would you deal with the thousands of unmarried, teenage Malay mothers?

Umno-Baru discarded the normal democratic process, which allows the rakyat to question the candidate, and explain her policies and aspirations for her constituency. How do you respond to criticism that there is something fishy about your candidacy?