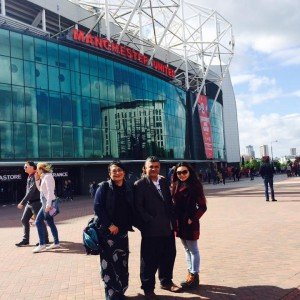 These three men can make or break careers. Simon Cowell is the English television talent judge and mentor, music and television producer, and music talent scout in shows such as Pop Idol, The X-Factor and Britainâ€™s Got Talent.

The winner of Lord Sugarâ€™s show, The Apprentice wins a partnership with Sugar, and receives an injection of Â£250,000 to set up his own business.

Khalid Abu Bakarâ€™s aka KTN (Ketua Twitter Negara) claim to fame is to propel Zunar, Malaysiaâ€™s satirical cartoonist to international stardom and a jet-setting lifestyle. The only person who rivals Zunar with his air-miles is Ng Yen Yen, the former Tourist Minister. How many Malays are as generous, to be a mentor, as our IGP, and give Zunar the publicity, fame and glory which money cannot buy…?

The person who propelled Zunar to international success

Reporters scramble to interview him, he is invited to talk at the United Nations, and Malaysians and foreigners queue up to buy his banned books. No, we are not talking about Najib Razak or former PM Mahathir Mohamad, but the man who drew these two prominent PMs â€“ the satirical cartoonist, Zunar.

A few decades ago, editors of the mainstream papers tried to tell him what to draw. He left, complaining that he was not an illustrator. Today, Zunar is a force to be reckoned with.

So how did a kampong cartoonist become one of the most respected and internationally renowned satirical cartoonists?

Ten years ago, Zunar shot to stardom when he drew a cartoon of Mahathirâ€™s nose, resembling the Sepang Formula One racing circuit. It propelled him into the limelight, but his career as a cartoonist stagnated.

Today, hardly a day goes by without a request to travel overseas to be interviewed by journalists, appear in a conference on freedom of expression, present his assessment of political trends in Malaysia to embassies, or to hold an exhibition.

He crisscrosses the globe, and he has amassed an impressive number of air-miles, which experts claim, rival Ng Yen Yen, the former tourism ministerâ€™s world record.

Five years ago, when Zunar visited London, before GE13, he was virtually unknown. He had to trudge the streets of London, knocking on the doors ofÂ The Times,Â The Daily Telegraph,Â The Guardian,Â The Independent or theÂ Financial Times, hoping to speak to them about Malaysian injustice, corruption and abuse of power. Without luck!

Today, his celebrity guarantees him an upgrade each time he flies MAS. Embarrassed by the attention and refusing to abuse his fame, he resorts to using disguise when he travels, and frequently uses a false moustache or dark spectacles.

In those days, he would pack stout walking shoes because he had to depend on public transport; now, he is chauffeured around. Gone are the days of flea infested mattresses in dingy â€œbed and breakfastsâ€; now, he luxuriates on mattresses filled with goose down, in presidential suites.

Academics queue-up to invite him to address their students, professors in art departments want him to hold live cartoon drawing sessions, andÂ Al-Jazzeera,BBC,Â The Washington Post,Â Tempo,Â Jakarta PostÂ send their cars, for him. He has given talks in The University of Oxford, the UN, and has participated in lively debates at the London School of Economics. Freedom of Expression NGOs, have rolled out the red carpet for him.

So, who has propelled Zunarâ€™s meteoric rise and international acclaim?

Contrary to peopleâ€™s expectations, Zunarâ€™s mentor is not his father, his mother, his uncle (none of them can draw, he claims), his teacher or even another cartoonist. Zunarâ€™s inspirational guide who is responsible for his meteoric career success, is the IGP Khalid Abu Bakar, the Ketua Twitter Negara or KTN.

It all started six months ago, with a seemingly innocuous twitter posted by Zunar. The KTN charged him with nine counts of sedition, when Eric Paulsen, the human rights lawyer could only manage two.

Foreign media was beating a path to his door, together with multiple requests for his participation in human rights forums overseas. He was even invited to speak in Myanmar.

In an interview last week, when the KTN featured daily in Zunarâ€™s cartoons, the cartoonist said, â€œThe KTN is probably a secret admirer and supporter of my work. I am not complaining. I owe my success to him.â€

Rumours are circulating in London, that a west end musical about â€œZunar, The Fastest Penman in the Eastâ€, may be in the pipeline.